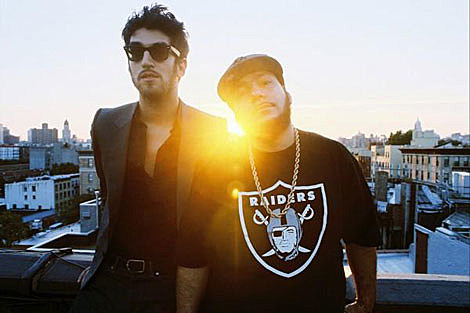 To our Tristate Funkateers and Chromettes,

We'll be doing ONE SHOW in the NY area this fall. This is special...and just for our peeps in our, er, second hometown. This is the only show until the new album comes out -- more info on that in a bit, -- so who knows...maybe we'll test out a couple of the new songs too *cough cough*... [Chromeo]

The duo will play that NYC gig on Friday, October 16th at Irving Plaza. Tickets are on sale.

In other news, Chromeo put together a new mix for !K7 Records' DJ-KiCKS series. Arists mixed and remixed on the disc include oldies Leo Sayer, France Joli and Alan Parsons Project, and new acts Lifelike and Chateau Marmont. Chromeo's contribution will be the first in the series since Booka Shade's Numbers in 2007.

Their cover of the Eagles' "I Can't Tell You Why," which appears on the mix, is currently available for free through Chromeo-DJKiCKS.com.

Before the Irving Plaza show, Chromeo's upcoming schedule brings them to L.A.'s Hard Fest in August (but not the NYC edition happening on October 10th) as well as Monolith Festival in September. They've been on the festival circuit this summer, most recently playing a set at Camp Bisco on July 17th (where it looks like the weather was not so nice). A video from their set at Rothbury Fest in June, which isn't the best quatlity but gives you a good idea of their live show, with a clip from their appearance on Yo Gabba Gabba (the song is about washing your hands), with all tour dates, below... 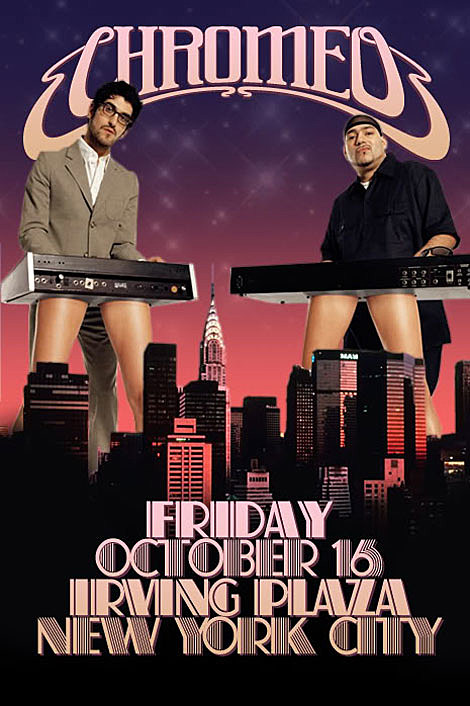