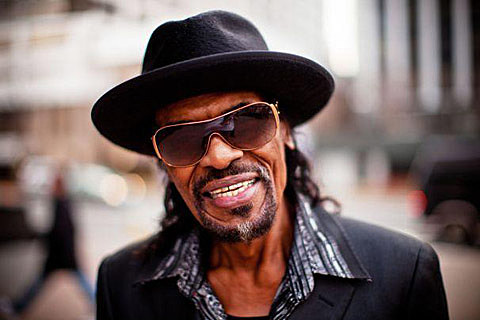 Pioneer of the musical artform known as go-go music, Chuck Brown passed on at Johns Hopkins University Medical Center in Baltimore today according to The Washington Post. The DC native was hospitalized due to pnuemonia contracted after an operation to remove a blood clot, and reportedly was been under hospital care since.

A saturday night in Washington DC wouldnt be the same if it wasn't for the omnipresent blast of go-go music heard over the airwaves and out of most of the cars in downtown DC. Thank Chuck Brown for that.

Like a DJ blending records, Mr. Brown used nonstop percussion to stitch songs together and keep the crowd on the dance floor, resulting in marathon performances that went deep into the night. Mr. Brown said the style got its name because "the music just goes and goes."

In addition to being go-go's principal architect, Mr. Brown remained the genre's most charismatic figure. On stage, his spirited call-and-response routines became a hallmark of the music, reinforcing a sense of community that allowed the scene to thrive. As go-go became a point of pride for black Washingtonians, Mr. Brown became one of the city's most recognizable figures. [-The Washington Post]

RIP Chuck Brown. Your legacy will live on in the music.

Check out some videos below.

Chuck Brown Performs 'Wind Me Up!'