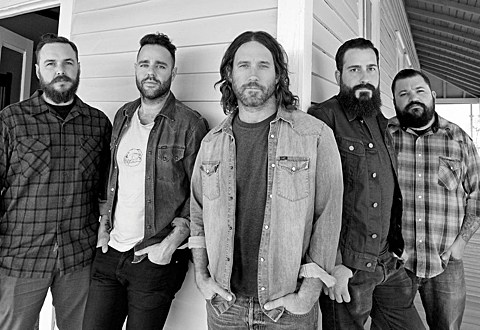 Hot Water Music co-frontman Chuck Ragan will release his fourth solo album, Til Midnight, on March 25 via SideOneDummy. Like most of his solo material, it sees Chuck pulling more from folk than punk, though its first single, "Something May Catch Fire," is one of his more layered solo cuts, complete with rollicking drums and a busy fiddle line. That track just premiered over at The A.V. Club, and you can listen below.

Chuck also announced a tour with The White Buffalo and Johnny Two Bags, which comes to NYC for a show on April 18 at Irving Plaza. For the tour, he'll be joined by his backing band The Camaraderie, which features Todd Beene of Lucero, David Hidalgo Jr of Social Distortion, and others. Tickets for that show go on sale Friday (2/21) at 10 AM with Live Nation and Music Geeks presales starting Wednesday (2/19) at 10 AM.

Chuck Ragan - "Something May Catch Fire"