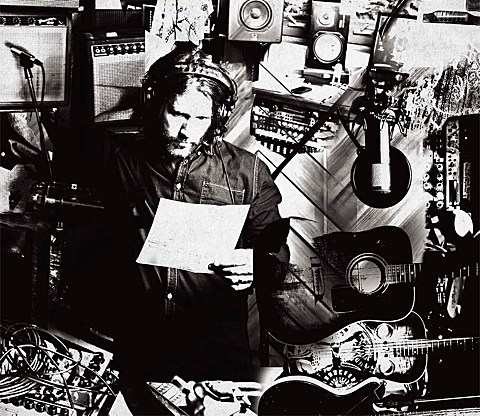 Hot Water Music co-frontman Chuck Ragan is going on another solo tour this year, including a December Northeast run with his backing back The Camaraderie, which includes Lucero and Social Distortion members. That tour hits NYC on December 6 at Rough Trade. Tickets for that show go on sale today (8/22) at noon. All dates are listed below.

Both Chuck solo and Hot Water Music play The Fest, and after that HWM will go on their 20th anniversary tour, hitting Fun Fun Fun Fest and other dates, but unfortunately not NYC. All HWM dates are listed below too.

Social Distortion are also touring, playing two NYC-area shows around their Riot Fests appearances. And Lucero just announced a special tour which includes 3-night stands in various cities with both acoustic and full-band sets. The NYC shows, happening at Bowery Ballroom from Nov. 3-5, go on sale today at noon.

Chuck's 2014 LP, Til Midnight, which is out now via SideOneDummy, is getting a cassette release on Cassette Store Day. Watch a video from that LP, with the list of dates, below...

Chuck Ragan - "You and I Alone"