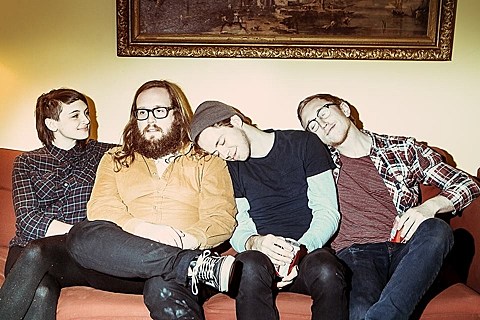 San Jose punks Hard Girls are about to kick off their tour with Broadcaster this weekend, and as we've mentioned previously, it hits NYC on Sunday (8/17) at Death by Audio for a BrooklynVegan-presented show with a full-band set from Bomb the Music Industry's Jeff Rosenstock. Will Wagner was supposed to play too, but unfortunately he dropped off. Though on the bright side, we've added poppy Brooklyn punks Chumped to the bill in his place. This should be a fun night all around (if we do say so ourselves) and we hope to see you there! Doors at 8, music at 9. $8 admission at the door.

Streams from all four bands on the bill, below...