Chumped at BK Bazaar in September (more by Mimi Hong) 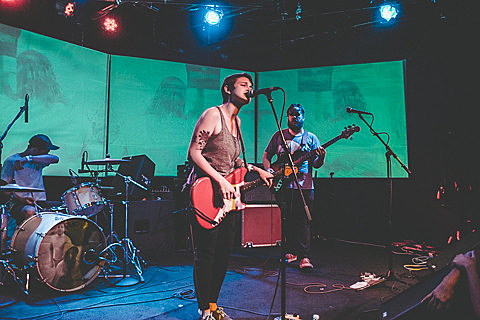 Brooklyn's Chumped have been tearing up the local scene for the past year -- if you go to pop punk shows in NYC (like, the good kind) there's basically no chance you haven't seen them -- and they only get better every time. (If you're into this kind of stuff and you haven't seen them, definitely amend that soon.) This week, their debut album, Teenage Retirement, came out on Anchorless Records and it basically lives up to everything their EPs and super fun live shows proved they were capable of. To quote Stereogum, who awarded it Album of the Week:

Even if Teenage Retirement doesn't offer anything new, exactly, it's the best kind of comfort food. It surges and flares and swoons in the right ways, at the best moments. It doesn't just remind you of old records, records that might've once meant a lot to you. It is one of those records. And if you give it the chance, it could mean a whole lot to you right now.

That pretty dead on in my opinion, and if you want to hear it for yourself, check out the full album stream embedded below.

Chumped will be celebrating the new record with a weekend of release shows in Philly, Brooklyn and Long Island from December 12-14. The Brooklyn show happens December 13 at Suburbia (same place as their 2013 EP release show) and is stacked with Don Giovanni-signed comedian Chris Gethard (who's a regular at punk shows), former Bomb the Music Industry frontman Jeff Rosenstock, Philly indie rockers Cayetana (repaying the favor from when Chumped opened their release show), and Chumped's past tourmates Adult Dude. Tickets at door. Suburbia's gonna be packeddd.

After the release weekend shows, Chumped have another previously announced NYC show on December 30 at Acheron opening for Plow United. That one's also with Mikey Erg, Up For Nothing and Hatrabbits. Tickets are still available.

All dates are listed, with the LP stream and release weekend flyer, below... 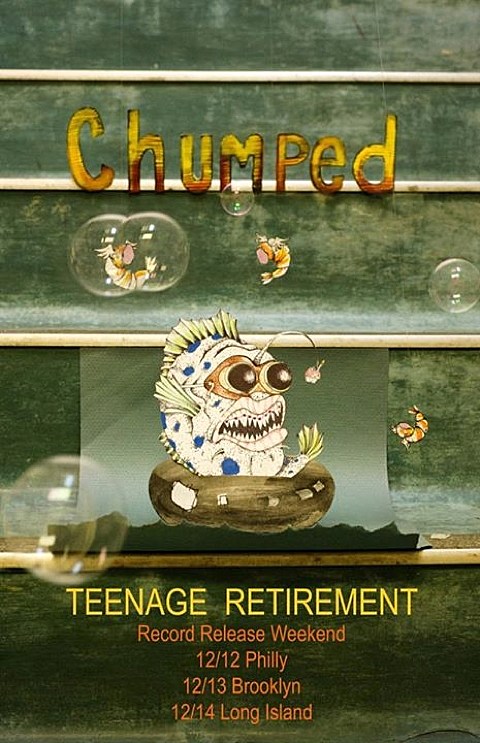