Anika & Dan at Freak Out! Fest (photo via FOF Instagram) 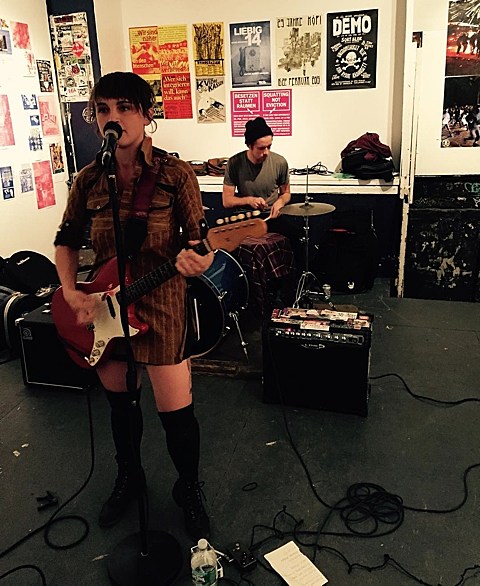 Australia's The Smith Street Band have been on a tour with The Front Bottoms and Elvis Depressedly, which recently hit NYC for two BrooklynVegan-presented shows at Irving Plaza (check out pictures). They have a few nights off, so TSSB are coming back to NYC for a small headlining show TONIGHT (10/23) at Suburbia. Opening are Great Cynics and Katie Ellen. $5 at the door gets you in.

It's the first show ever for Katie Ellen, which is the new duo of Chumped singer Anika Pyle and drummer Dan Frelly. We haven't heard any music from them yet, but Anika says it sounds "like if teenage fanclub and jenny lewis were a two-piece." Sounds promising. She also mentions that they're named after her great grandmother's radio stage name. Though it's their first show as Katie Ellen, Dan did back Anika at her recent solo set at the day 2 matinee of Freak Out! Fest at ABC No Rio (pictured above).

Anika is also one of the contributors to Plow United bassist Joel Tannenbaum's project The Rentiers, that also includes Mikey Erg and more. We posted a track from them back in February, and they recently released two more. One's called "Black Metal Yoga" (that's a thing now, remember?) and the other is "We Don't Cry." The latter comes out as a 7" and cassette on November 17 via Baldy Longhair Records (pre-order).

Stream both, with the list of TSSB dates and the flyer for tonight's show, below... 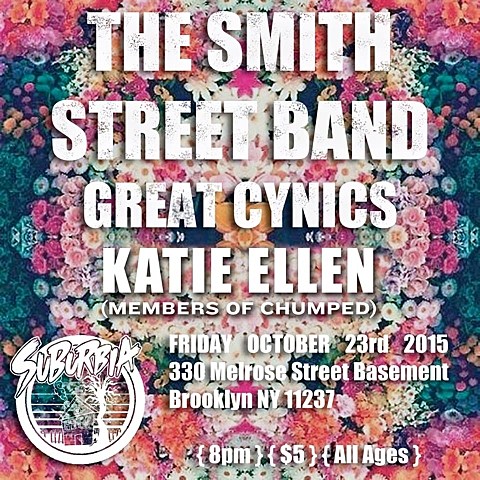