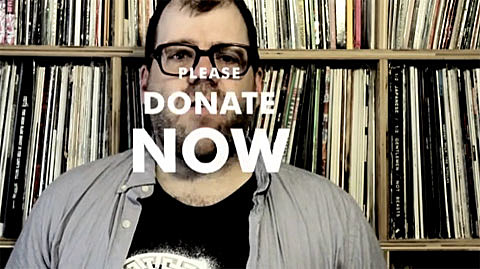 Chunklet's proud to present its third book and first that is being self-published. Written by the collective staff at Chunklet Magazine (http://www.chunklet.com/) and edited by its founder, Henry Owings, "The Indie Cred Test" is a broadly written and obsessively crafted multi-faceted standardized exam to pick apart the reader and underground culture in general. What's cool? What's not? Did you pass? Does it matter? Of course! You need to maintain your cred to preserve....well, your cred!

Individual exams dissect the readers book shelves along with their DVD and record collection. It's not just about the test subject's lifestyle, it's about where they work, who they know, how they spend their free time, what they put in their body, on their body and who they surround themselves with. Indie cred is serious business. And by "serious" we mean, of course, it's "subject to ridicule" the way only Chunklet can serve it -- over ice...with a tongue planted in cheek. Or is it?"

Henry Owings needs money, not to keep Chunklet afloat, but to get the above-described book published. Click that link to get to the Kickstarter page where you can find out more info and donate.

And speaking of indie cred and needing money, it definitely annoyed a lot of people when Paste Magazine started a big campaign a while back to collect money to keep their magazine afloat. Regardless of your opinion of Paste, it worked. They apparently collected a buttload of money, though it apparently wasn't enough because today it was leaked that they're going under anyway.

Someone who is probably celebrating Paste's downfall right now is fellow Southerner Henry Owings who has gone on record with his hatred for Paste, and especially their little campaign to save themselves (which I guess is slightly ironic in the context of this post, though that wasn't my original intent). Read Henry's rant against Paste, below...

Q: What's the difference between a bucket of shit and Paste Magazine?