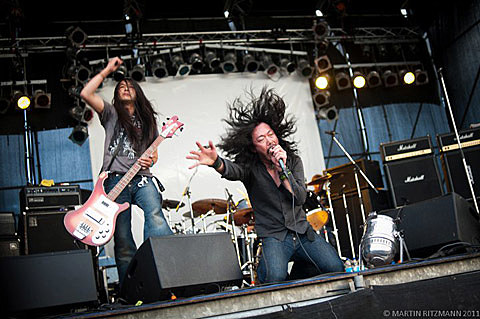 Church of Misery's signature blend of doom, sludge and sawed-off blues will spread its scattershot across the US surrounding their appearances at Maryland Deathfest and Chaos in Tejas. Starting on May 24th, the band will hit the road for a string of BrooklynVegan-presented dates with a rotating cast of Rwake (who also plays MDF), Hail! Hornet and The Gates of Slumber (both of which also play Chaos in Tejas). Make sure and catch the NYC date at Cameo on May 25th with Rwake and The Gates of Slumber. Tickets are on sale.

All dates, the tour flyer and some video below. 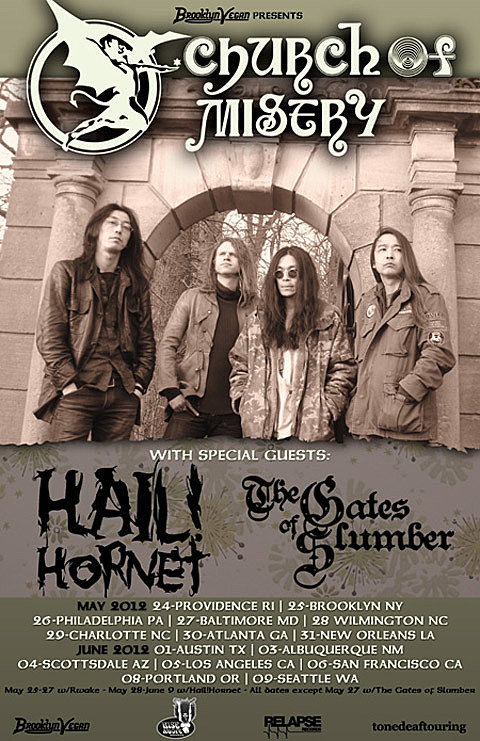