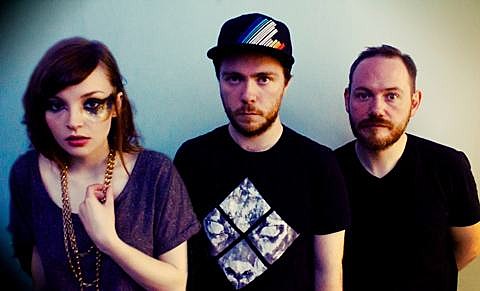 Since we last wrote about them, Scotland's CHVRCHES have signed with Glassnote in America, home to Phoenix, Mumford & Sons, Daughter and more. The group's Recover EP is out later this month and the band have just released the video to its uber-catchy title track. The clip pays homage to early-'80s sci fi and goes for model and in-camera effects over CGI. You can watch it below.

As mentioned, CHVRCHES will be in North America beginning next week for shows around the country surrounding their time at SXSW in Austin. They'll play two back-to-back, sold-out shows at Mercury Lounge on March 18, and will DJ at 285 Kent the following night (3/19). Tickets to that show are still available.