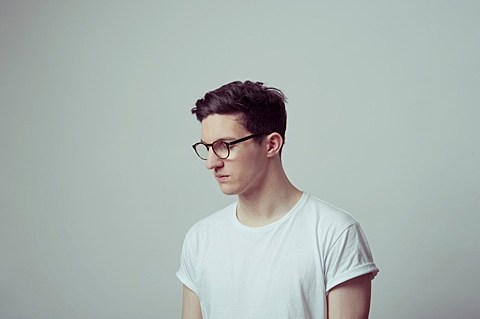 As mentioned, Scottish electropop trio CHVRCHES are making their way to the US for a tour around SXSW time and will play a NYC show on March 18 at Mercury Lounge. That show just went on sale and sold out almost immediately, and the band just added a late show happening the same night at the same venue (doors: 9:30). Tickets for the newly added show go on sale today (1/18) at 3 PM. Updated tour dates are listed below.

UK singer Dan Croll opens the early NYC show, but no opener has been announced for the late show yet (UPDATE: he opens both shows). Towards the end of last year, Dan released the "From Nowhere" single, which you can watch the video for below. Like CHVRCHES, Dan makes pretty addictive indie pop, but his is on a much brighter side of the spectrum. He's got enough "ahh-ahhs" and reverby guitar stabs to make a pretty good case that he's a big Grizzly Bear fan, but while they often delve into pastoral passages, Dan Croll appears more interested in making fat-trimmed (and safer) pop music.

He's got a few other US dates scheduled, and while he's in town for the Mercury Lounge show, he'll play another NYC show at Glasslands on March 20 with Feathers and Lorna Dune. Tickets for that show are on sale now.

Lists of dates for CHVRCHES and Dan Croll, and the "From Nowhere" video, below...