Cibo Matto at Summerstage in July (more by Adela Loconte) 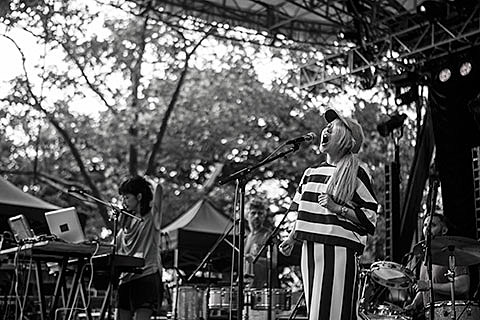 NYC's Cibo Matto have already played ton of hometown shows this year in support of Hotel Valentine, their first new album since 1999. They've got another this Friday (9/19) as part of their current tour with guitar great Nels Cline (Wilco, Lee Ranaldo, etc) happening at McKittrick Hotel's The Heath. Tickets for Friday's show are available.

Cibo Matto also just made a new video for "Deja Vu." Check it out, with the list of dates, below...