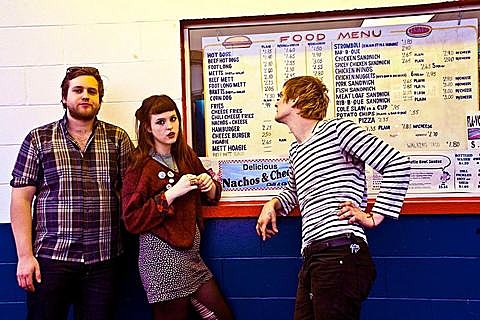 Cincinnati trio Tweens make garagey, nasally, punky pop that is equal parts rauccous and infectious. Songs like "Mean" and "Rattle&Rollin'" are both especially catchy and seem prime for a label like Burger that lives for this stuff. You can stream them below along with their "Live at Mohawk" EP that isn't actually live and features a bunch of girl group covers.

Tweens caught they ear of fellow Ohio resident Kim Deal who has tapped Tweens to open for a few Breeders shows, including Monday's sold-out show at Webster Hall (5/6). After that, Tweens will play Shea Stadium on Tuesday (5/7) which is a record release show for Japanther that also features Grand Rapids. Then at Pianos on Wednesday (5/8) with LODRO, Total Slacker and new Frenchkiss signees, Drowners. That show starts early -- LODRO is on at 7 PM -- and is FREE.

Tour dates are listed, with those streams, below. 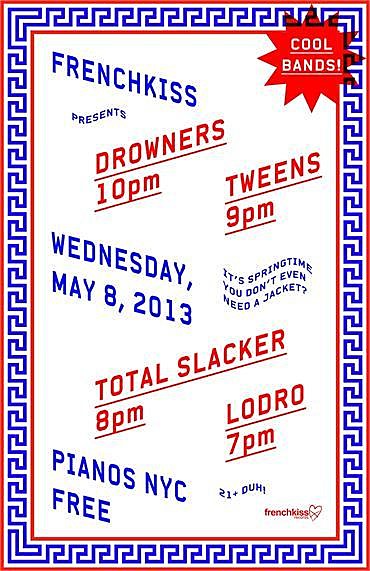