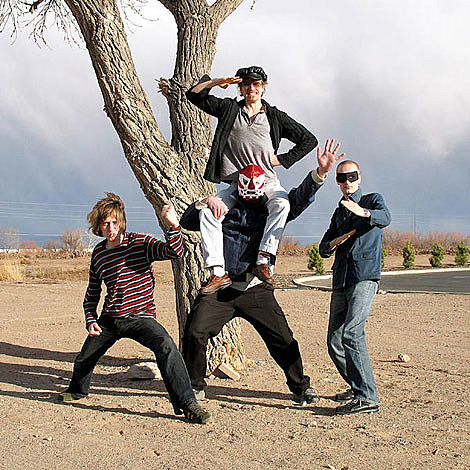 Insanely prolific leaders of the NWOFHM (that's New Wave of Finnish Heavy Metal), Circle, have a DVD called Saturnus Reality on the way. It's out March 10th via No Quarter, and you can also catch it at a FREE screening on Friday March 13th at Monkeytown in Brooklyn. Retro-rockers Endless Boogie will DJ the event.

Circle recently dropped the live 2LP Triumph on Fourth Dimension Records. Pick that up here. Before that they released Hollywood which was one of only TWO releases for the Finns in 2008.... slack much? In 2007, Circle released two LPs (including a collaboration with Sunburned Hand Of The Man), two live albums and a seven inch. In 2006 it was two LPs, two live albums, an EP and .... ah you get where I am going with this.

More details on the screening, and a video preview of the movie, below...