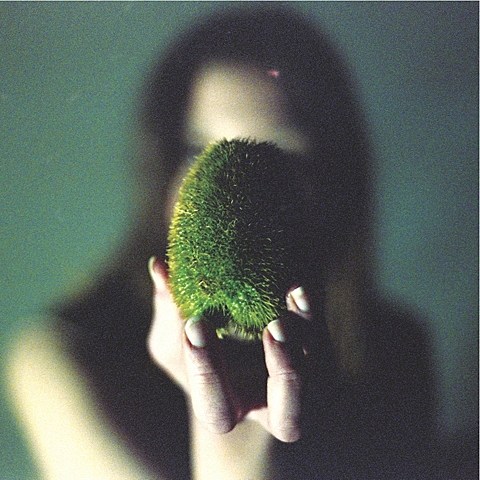 Chicago experimental pop musician Circuit des Yeux (aka Haley Fohr) recently released the followup to 2013's Overdue with In Plain Speech, her first album for Thrill Jockey. It's also her first album recorded with a full band, which includes Cooper Crain (Cave, Bitchin Bajas), Whitney Johnson (Verma), Rob Frye (Bitchin Bajas), Adam Luksetich (Little Scream) and Kathleen Baird (Spires That In The Sunset Rise). Haley and her band bring lush strings, minimal electronics, a variety of guitar sounds and more into their unique arrangements, but what stands out most is Haley's distinct, low-pitched voice. Check it out for yourself with an Rdio stream of the record and the video for "Do the Dishes," below.

Haley is also supporting the record on a tour with the full band, which comes to NYC for two shows in July. Those shows happen 7/2 at Subculture with Bing & Ruth (tickets) and 7/3 at Trans-Pecos with Evan Caminiti and Ancient Ocean (tickets). All dates are listed below.

Evan Caminiti, aka one half of Barn Owl, is fresh off opening a NYC show for another of 2015's best experimental pop album makers, Holly Herndon, and he'll release his own new album soon too. It's called Meridian, and comes out next week (6/16) via Thrill Jockey. Evan recently put out its single "Collapse," which brings together droning ambience and melodic distorted synths. Listen to that below too.