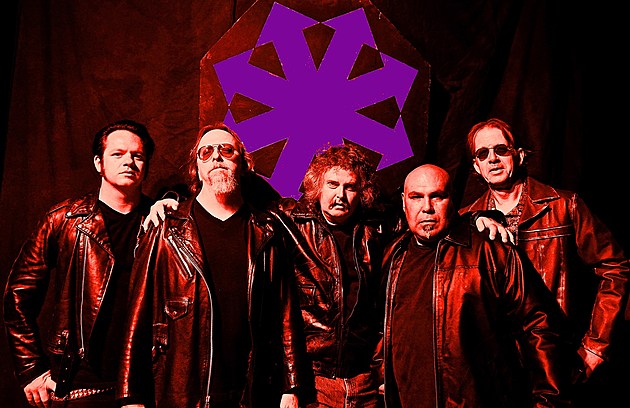 Before Dickinson sewed himself into the spandex, and long before Scandinavia got a hold of Tolkien’s lexicon, there was Cirith Ungol. “Metal” on our side of the ocean had yet to find a signature sound, and the group focused disparate hard rock, fantasy and neoclassical elements into something alien yet entirely metallic. Their approach was more in step with 60’s rock exploration than the 80’s linear run n’ gun.

After four classic albums, and many perils in the underworld known as “The Music Business,” the great Cirith Ungol, reduced by their battles, returned to the soil that had birthed them in ‘92. Their final show in their hometown was attended by less than 50 fans. Throughout the following decades, the members would grant interviews, always proclaiming that a return was impossible.

But in early October of 2016, the impossible became reality.

The above quote is from a recent interview on Invisible Oranges with California metal legends Cirith Ungol, who recently reunited and played their first show in 25 years at Ventura, CA's Frost and Fire Fest in October (which is named after a Cirith Ungol album). They'll be playing another show this spring, and this one's in NYC (it's also their first time on the East Coast).

They're headlining the recurring metal festival Defenders of the Old, which goes down on June 16 & 17 at Music Hall of Williamsburg. It's an exclusive North American performance for Cirith Ungol, and the lineup also includes the first Frigid Bich show in three decades, the first Ashbury show on the East Coast, and an exclusive North American performance from Nekromantheon. There's also new-ish band Sumerlands (who definitely take some influence from Cirith Ungol), Night Demon (who are behind Frost and Fire Fest), and more TBA.

Two-day passes are on sale now and single-day tickets go on sale Friday (1/27) at noon.

Read that IO interview with Cirith Ungol HERE. Watch a full-set video of Cirith Ungol at Frost and Fire Fest: