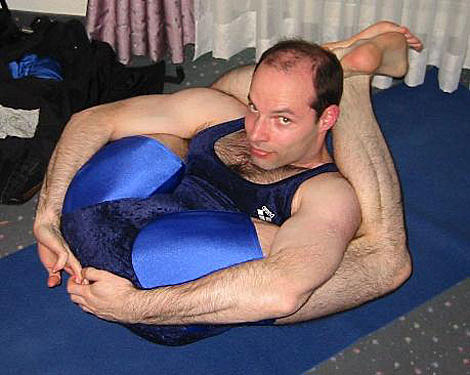 On Tuesday [January 5th] night the Allman band, whose annual routine of residencies at that Upper West Side theater once seemed as permanent as the bathroom-wall graffiti at CBGB, announced that when it came to New York in March, it would not appear at the Beacon, where it has played 190 shows over the past 20 years.

Instead the band will perform at the United Palace Theater in Washington Heights, having lost its longtime Manhattan home to another group.

"Cirque du Soleil came and bought it out from under us," Gregg Allman, the band's singer and keyboard player, said in a telephone interview.

The Cirque du Soleil show in question is called "Banana Shpeel," and the Times writes that its run will occupy the theater "January through June -- and possibly into August." Tickets are on sale for performances up until May 30th. That'll possibly prevent other bands (like Wilco if they wanted to) from playing shows during that time period too.

More info on the shows (including the Allman's lineup) and some "One Monkey Don't Stop No Show" videos (songs), below...

These shows will begin a year of very limited touring for the group, allowing various members to work on their other projects. The ALLMAN BROTHERS BAND will be performing with the same line-up they've had since 2001--GREGG ALLMAN (vocals and keyboards), BUTCH TRUCKS (drums and tympani), JAIMOE (drums), WARREN HAYNES (vocals, lead and slide guitar), DEREK TRUCKS (slide and lead guitar), OTEIL BURBRIDGE (bass) and MARC QUINONES (congas and percussion)--but will only make a few other live appearances this year, including a few high-profile festivals including their fifth appearance at the Wanee Festival (April 16 & 17, which the band hosts) followed a week later at the New Orleans Jazz and Heritage Festival (weekend of April 23-25).

In 2009, the group kicked off their 40th anniversary tour with 15 shows at the Beacon Theatre and, as they always have, hosted a wide variety of special guest musicians. Paying homage to the group's late co-founder Duane Allman, the band were joined onstage by the likes of Eric Clapton (two nights), Grateful Dead co-founders Bob Weir and Phil Lesh, Billy Gibbons of ZZ Top, members of Phish and Widespread Panic as well as Bruce Hornsby, Sheryl Crow, Boz Scaggs, Buddy Guy, Robert Randolph, Levon Helm, Johnny Winter, Susan Tedeschi, Chuck Leavell, the Asbury Jukes horn section, Bruce Willis, Kid Rock and others. As David Sprague of Daily Variety noted in his review, "The Allman Brothers' annual March run at Gotham's Beacon Theater has become something of a harbinger of spring, bringing with it a palpable sense of renewal...that sweet interlude soon gave way to a surprisingly fierce, intriguingly dark batch of standards that underscored the fact that the earliest version of the ensemble was called the Allman Brothers Blues Band for a very good reason (3/10/09)." This year's harbinger of spring commences in early March at the United Palace at 175th Street and Broadway.