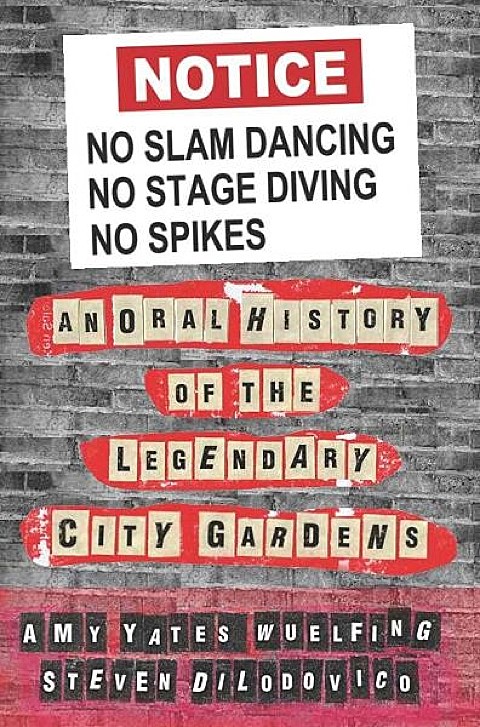 Long-closed, famed NJ venue City Gardens is getting the documentary treatment, and now authors Amy Yates Wuelfing and Steven DiLodovico have written a book, No Slam Dancing, No Stage Diving, No Spikes: An Oral History of the Legendary City Gardens, which was published by DiWulf earlier this month (3/10). A press release reads:

No Slam Dancing is the product of the true, grass-roots, D.I.Y.-ethic. Self-published, promoted and distributed by the authors, the book's printing was financed through a successful Kickstarter campaign that surpassed their intended goal. The people who backed this project are the ones whose lives were deeply impacted by what City Gardens meant to them, and now the rest of the music-loving world will get a small glimpse as to why.

Amy and Steven will be doing a few book signings this month and next, which will feature "dramatic readings by contributors to the book and audience members and the like." One of those signings/readings happens in NYC on April 19 at Jonathan Levine Gallery (529 W 20th St #9) from 3-5 PM.