photo: City of Ships at Union Pool in 2010 (more by Brian Reilly) 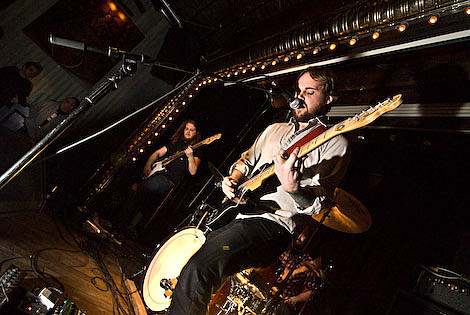 City of Ships are releasing the followup to 2011's Minor World this year with Ultraluminal, due April 21 via Science of Silence Records. If you're unfamiliar with the band, consider that they've released a split and toured with Rosetta, and that they're on a Hum tribute album, and you've probably got a pretty good idea of their sound. Also, if you've ever heard Deftones cover Jawbox, they're a little like that too. Get a taste of the new album from the single "Alarm," below.

They'll celebrate the record with a release show in Brooklyn on April 5 at Saint Vitus, where they'll actually be the opener on the previously-mentioned Single Mothers / Dirty Nil show. Tickets are still available. After that show they'll head to Europe to tour there with Junius. All dates are listed below.