The Body at Europa (more by Tim Griffin) 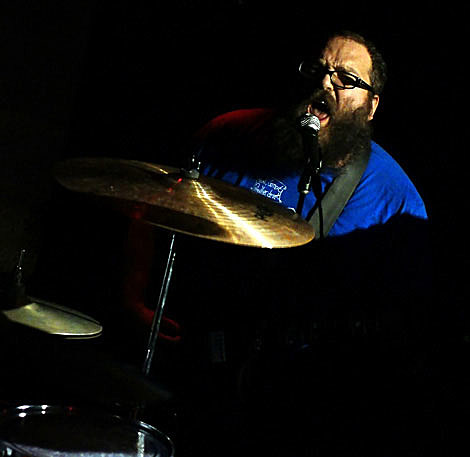 With their triumphant All The Waters Of The Earth Turned To Blood available to gen pop, The Body has started filling in holes on their massive US tour and will start with an NYC show on July 22nd. The Acheron will host the Providence band alongside a killer lineup of Atakke, Bad Dream, and Curandera (mem ASRA). $8 gets you into the all-ages event.

Acheron has quite a few other notable shows in the coming month as well, starting Friday (July 9th) when the venue will host Cleveland crustcore killers Masakari! The new Southern Lord signees (we profiled them last month) will team with Terror Level Red, Death First, and Zhenia Golov for the show,.

City of Ships and Constants will team up for a show with Vaste Burai and Wizardry for a show at Acheron on August 14th ($8 gets you in). It's one of two shows for the great Wizardry at Acheron, who will also play July 18th as part of a homecoming show after a tour with Bezoar. Teething and Defender support, $8 gets you in.

THE BODY "No Title" Corleone Records by Alexander Barton

The Body live at Fancy Fest 05