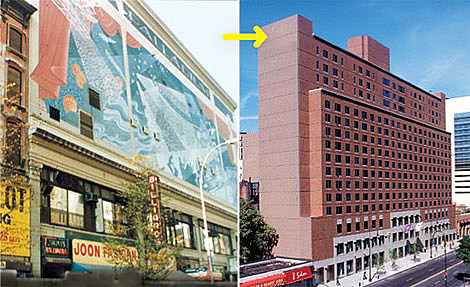 The city will pay $1.25 million to a man who spent 14 years behind bars before being cleared in the notorious murder of a bouncer at the former Palladium nightclub.

A Manhattan federal judge yesterday signed off on the deal with David Lemus, who had filed a $50 million suit against the cops and prosecutors who locked him up for the 1990 shooting.

Lemus, 40, and another man, Olmedo Hidalgo, were found guilty in 1992, but their convictions were overturned in 2005 after evidence surfaced tying two other men to the killing of Marcus Peterson outside the East 14th Street hot spot.

All charges were dropped against Hidalgo, who was deported to the Dominican Republic. Lemus, who now lives in Florida, was acquitted after a 2007 retrial.

"No amount of money can fairly compensate Mr. Lemus for spending his youth being shuffled from prison to prison," said his lawyer," Steven Schiesel. [NY Post]