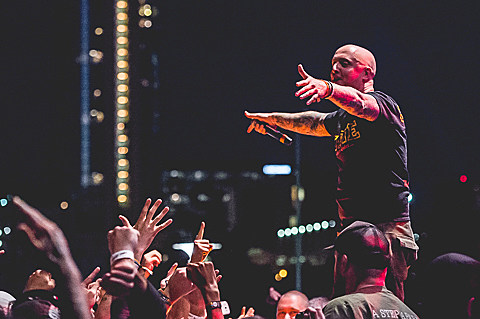 Anthony "Civ" Civarelli's post-Gorilla Biscuits band CIV only play shows rarely these days, so it was exciting when they were announced for Riot Fest Chicago 2015. Before they head over there though, they'll squeeze in a hometown show with fellow NYC band Grey Area, the short-lived late '90s/early '00s band with members of Warzone, Kill Your Idols and more. The show happens September 10 at The Marlin Room at Webster Hall, one day before CIV's Riot Fest set. Tickets go on sale Friday (7/24) at 10 AM.

Watch a few CIV videos below...