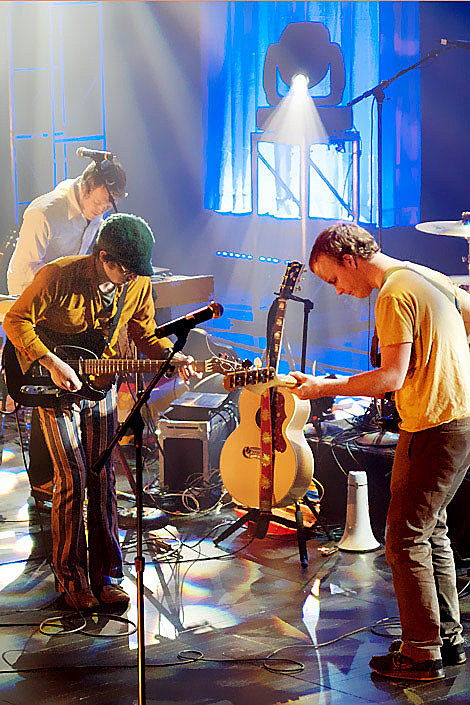 It was February 2009 when CYHSY played what they thought might be their final show at BAM in Brooklyn. Since then Alec Ounsworth made a go at being a solo artist and the other members have kept busy with various side projects too. Drummer Sean Greenhalgh, who sometimes fronts Guns n Roses cover band Mr. Brownstone, recently produced the Conversion Party EP. Robbie Guertin's band Radical Dads have a new album called Mega Rama out soon. Robbie also plays in Uninhabitable Mansions. And now CYHSY is back.

A Clap Your Hands Say Yeah album teaser video and some initial tour dates, Outside Lands Festival included (they were not part of the festival's lineup announcement), below...

Clap Your Hands Say Yeah / Hysterical from CYHSY on Vimeo.