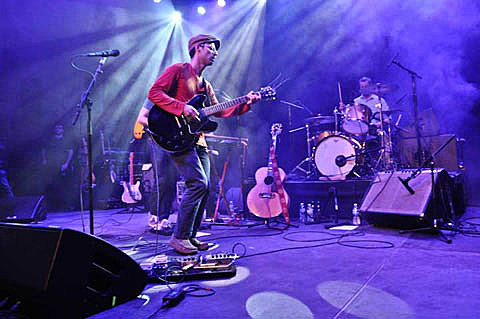 Superchunk and Redd Kross aren't the only CBGB Fest show happening at South Street Seaport venue Beekman Beer Garden (where we hosted a Hold Steady show last year). Wyclef Jean headlines the venue on July 7 as part of the fest, and Clap Your Hands Say Yeah do the same on July 8. It's also the location of the Spirits Festival which also happens July 8, but earlier in the day (2 - 6PM). No advance ticket info (or openers) for either Wyclef or CYHSY, but you can keep an eye on Ticketweb and/or try to get in with a CBGB Fest badge.

There are lots of other shows happening at Beekman this summer, including the 4Knots afterparty with Black Lips (and just-added Jonathan Toubin). Dan Bern, moe. and more.

The CBGB Festival is happening at venues all over the city. Those venues include Webster Hall which will host two big hardcore shows, and Central Park Summerstage which will be home to Guided by Voices and more.