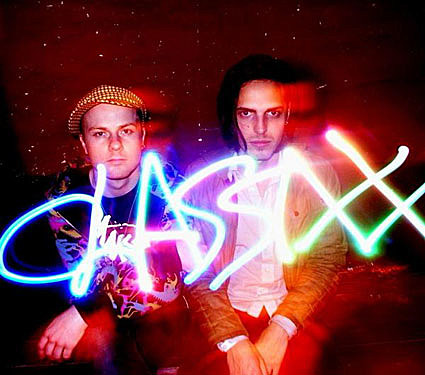 Today we have an exclusive new mixtape from LA duo Classixx. We first saw these guys dj last summer in LA when they were known as Young Americans. We aren't sure of the legal reasoning, but they had to switch it up and become their latest moniker (which we feel is a million times better anyway).

Since then they have released a slew of originals and remixes. Our favorites are their remix of group Hellogoodbye and their own banger Cold Act Ill. You may have also heard the remixes they've done for TV On the Radio, Regina Spektor, and Imogen Heap. We are happy to be bringing them out for their NYC debut this Friday (April 4) at Hugs with Alan Astor. The show is free so you have no reason to blow it of... unless your excuse is just that you're catching them the next night because they're playing again at Hugs on Saturday too.

Grab the tracks above. Check out more tour dates below...