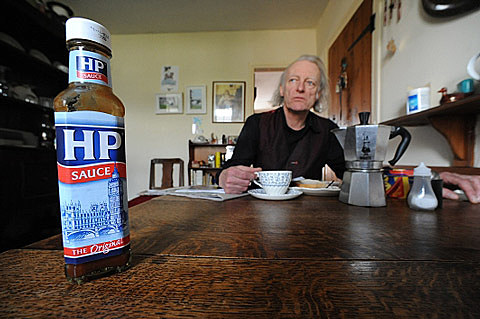 Thanks in part to Captured Tracks' reissue series (the third and final batch in the series was just released), Martin Newell's Cleaners from Venus may be at their highest profile in the cult band's 30+ year career. In addition to the old records, Newell has just released a brand new Cleaners from Venus album, Return to Bohemia, which began as an attempt to write a song for the (in)famous Eurovision song contest. Keeping with his long-running DIY vibe (some might call them the UK version of Guided by Voices), the album was recorded on a Tascam Pocketstudio and features 12 songs that show Newell's distinctly English brand of pop songwriting still in top form. (He's a direct descendent of Ray Davies, Colin Blunstone, Bowie, on down.) You can check out the watercolor video for "Imaginary Seas" and a few tracks from the album in this post..

Maybe between the new album and the reissues, we can get Newell over for some North American shows. Play catch-up with the Captured Tracks reissues via Rdio and check out the new Video and album tracks below.