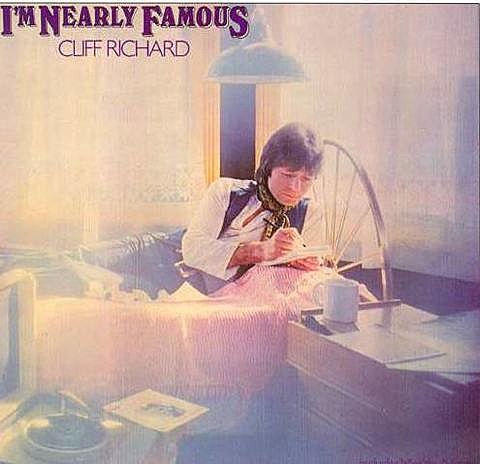 CLIFF RICHARD: I said, "My initial answer is yes but can you check it's not a joke? Is there an ulterior motive?" He got hold of Morrissey's management and he said: "No, Morrissey's a fan and he'd like you to be there."

So I said: "Yes, please." The chances of me singing for 15,000 people in New York are pretty well nil for me at the moment anyway. So I thought it would be great.

I checked on the internet and saw a couple of shots of him live, and his audiences look really - I don't know how to say this - they look really nice. They were swaying in the crowd and mouthing lyrics and I was thinking: "Oh, my audiences do that." So maybe his audience will be kind to me.

BBC: How aware of his music have you been over the years?

CLIFF RICHARD: I knew of him, even when he was lead singer of The J... The Smiths. I can't say that I've followed his musical career but I've followed the success. I've Googled him a couple of times now and I'm thinking, I could be a fan. - [BBC]

When Morrissey announced he'd be playing arena shows in NYC and LA on his upcoming tour, part of the surprise was the UK pop vets who'd be opening: Tom Jones at Los Angeles Sports Arena and Cliff Richard at Barclays Center.

While most Americans are plenty familiar with Tom Jones, that is probably not the case with Cliff Richard. He's actually the third-top-selling singles artist in the United Kingdom's history, and managed to score a #1 record in every decade from the '50s through the '90s. (He would've done it in the '00s too but "21st Century Christmas" [with Brian May] stalled at #2.) Bill Nighy's rockstar character in Love Actually is loosely based on Cliff Richard.

He has had hits in America during the disco era -- "Devil Woman" and "We Don't Talk Anymore" were both Top 10. You might also know "Suddenly," his duet with Olivia Newton John from Xanadu. But in America, that's about it. His 1987 UK #1, "Living Doll," was with cult punk Britcom The Young Ones which is probably about as close to "cool" as he ever got. (The Young Ones theme was actually a cover of an old Cliff Richard #1.) He was knighted in 1995, the first rock start to receive such an honor. Few people would call him cool (a British friend pointed me to this), but his UK chart presence is undeniable. You can check out a few videos below.

The rest of the country -- and NYC and LA too -- get frequent Moz opener Kristeen Young. Meanwhile, tickets to Morrissey's Barclays show on June 21 go on sale Friday, February 21 at noon, with an AmEx presale beginning Wednesday (2/19) at noon.

Relive a cavalcade of Cliff Richard hits in video form below...