DOWNLOAD: Clinging To The Trees Of A Forest Fire - "Made of Coal" (MP3) 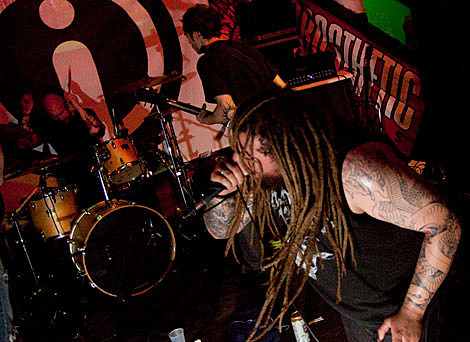 The name Clinging To The Trees Of A Forest Fire doesn't exactly roll off the tongue, but that's how they like it. Uneasy. It's a methodology that runs throughout the band's second LP and Prosthetic debut Songs of Ill Hope and Desperation, which rolls up grind, doom, and elements of blackened filth into a nice, neat (and explosive) package. Dig on the lead track "Made of Coal" available for download above.

Their live show ain't no picnic either. At the Prosthetic showcase at SXSW, Clinging's performance was pummeling and a surprise in the best way, providing a pitch black counterpoint to the stoner madness going on in the other room along with time-tested killers Withered, The Funeral Pyre, and Landmine Marathon.

With all this as primer, we threw a handful of questions at Clinging vocalist Ethan McCarthy to ask him about the new record, the Denver metal scene, and his experience at SXSW 2010

What is the origin of the name?

Ethan: Our name comes from the idea of holding onto something completely and utterly fucked/hopeless/ruined, etc... the actual sentence comes from the lyrics of one of our earlier songs called the Equestrian.

SXSW was the first time I was able to catch your live show, what were your favorite memories from the trek? Who were some of the live performances that stood out to you?

We had a great time coming down to SXSW. It was our first time playing the festival and it had been a personal goal of ours as a band to play it some day. So it was cool to be put on such a great bill for our first time. The performance that stood out the most to me was Withered, but they have been one of my favorite bands for quite some time now. It was cool to see Landmine Marathon grind it up for the first time, and The Funeral Pyre fucking slayed as usual. I also remember that Book of Black Earth played some new songs that I was really enjoyed. I had never seen or heard of Lions of Tsavo before the fest, and they were really impressive, progressive, and heavy at the same time. 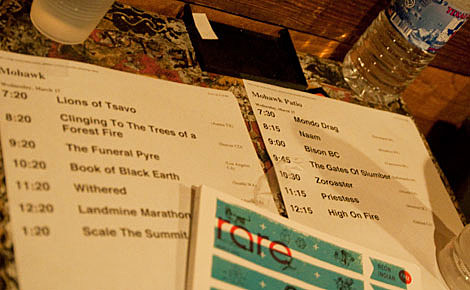 This is your second LP and first with Prosthetic. What about the label attracted you? Were there certain heroes that you looked up to?

Prosthetic appealed to us for a number of reasons. The Roster had a lot to do with it because they tend to sign bands that have a little something extra to offer. Take Withered or Funeral Pyre for example, the core of their music is bleak and heavy black metal but they have all these other genres of extreme music peppered onto what they are doing. Diversity and Cross Breeding genres is what we as a band find interesting and try to incorporate into our music, so I think it's only natural that we ended up working with prosthetic.

Did you have specific goals going into the second LP that emerged in the wake of the completion of Omega Drunk on the Blood of Alpha?

We wanted to write something faster, slower, and heavier. It was also a very trying year for all of us personally, so I think the record reflects that in terms of how negative and pissed off it is. Songs of Ill Hope and Desperation is a very open and honest record for us musically and for me lyrically as well. I say a lot of things I would be afraid to in the past, and we delve deeper into other areas of extreme music that we were hesitant to at first. 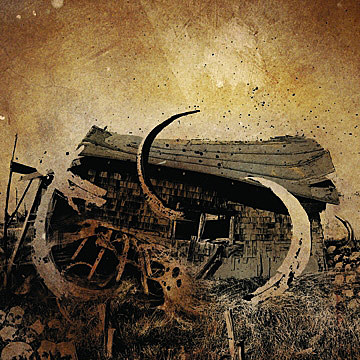 With the emergence of Cobalt, and yourselves, as well as Cephalic Carnage, it seems that there are quite a few bands that have roots in

Colorado. What is the metal scene like in the Denver area?
The Denver extreme music scene is one of the best and strongest in the western united states. Especially the D.I.Y. and underground portion. Kids come out, they donate, they buy merch, and they make bands from out of town feel welcome. I feel blessed to have grown up in such a rich community of passionate and active people. We have toured to places where no one gives a fuck. And not just about our band, but about what is going on in their music scene period.

We have been talking about doing an east coast tour in December, so I am hoping that will all come together. We are trying to cover as much ground as we can with this upcoming tour by hitting not only the west coast but we are going down through the southwest and southeast as well. 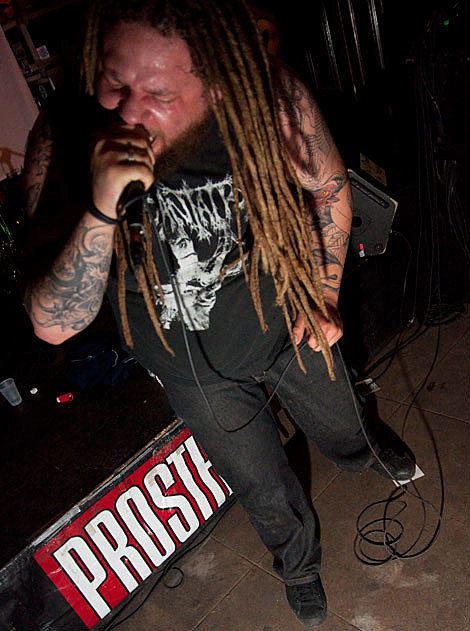 Thanks to Ethan and Clinging To The Trees Of a Forest Fire.