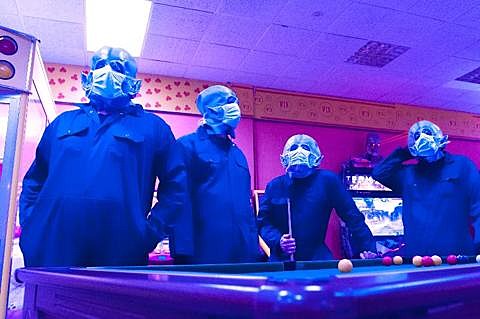 Masked Liverpudlians Clinic released their seventh album, Free Reign, at the tail of of last year. Daniel Lopatin (of Ford & Lopitan) has remixed the entire record, put the songs in reverse order and the results will be released digitally in March as Free Reign II. You can check out a video for its " Seamless Boogie Woogie BBC 10pm" below.

Clinic are heading to North American this spring for a tour surrounding the 2013 Austin Psych Fest, with two stops in NYC: April 19 at Glasslands and April 20 at Le Poisson Rouge. Tickets to both Glasslands and LPR go on sale Friday (1/25) at noon.

A list of all Clinic tour dates, the music video and a few song streams are below.