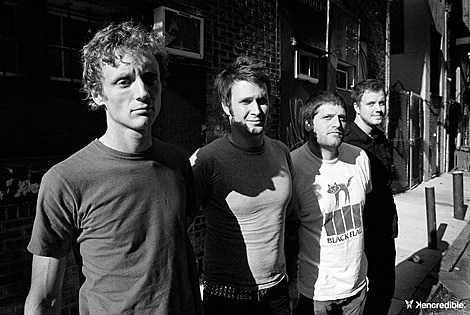 You know what separates a John Reis project from almost every other punk band out there? The man has soul. Richmond punks Cloak/Dagger understand the power of the groove and are back to prove it with a new album due this fall! Lost Art is due on 11/3 and the band has dropped of the first taste of the LP in the form of "I Don't Need A" available for download above! Preorder Lost Art at their label, Jade Tree.

Cloak/Dagger fit in the fold between punk and garage, and the band aims to prove it when they hit the autobahn (aka Europe, and specifically Germany) this week starting in Berlin. They currently only have one US tour date, at The Fest in Gainesville, FL with a plethora of killer punk bands such as Coalesce, Torche, Asshole Parade, Kylesa, Coliseum, Iron Lung, Light Yourself on Fire, Magrudergrind, Pulling Teeth, Trash Talk, and about 150 others! If you can't make it down to The Fest, no worries. Although Cloak/Dagger doesn't have any additional US dates currently scheduled, knowing their habits in the van, expect that to change soon. Tour flyer, full tour dates, and track listing is below.... 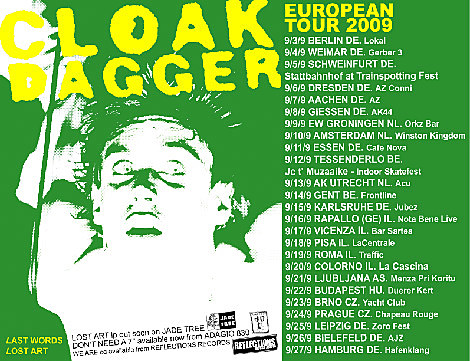