Clogs at Merkin Concert Hall in 2011 (more by David Andrako) 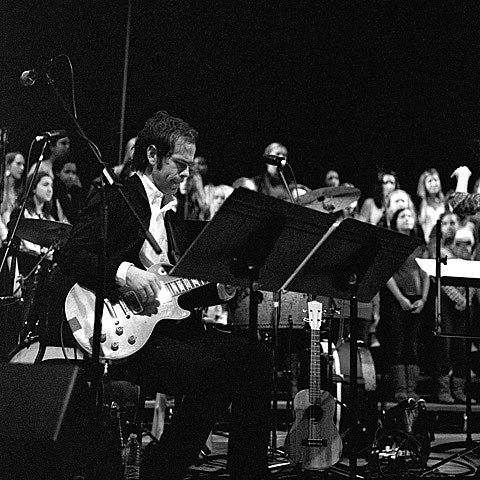 Clogs, the modern classical collective that sometimes counts The National's Bryce Dessner as a member, are releasing their new EP, The Sundown Song EP, the followup to 2010's The Creatures in the Garden of Lady Walton LP and Last Song, on February 5. You can download the title track HERE, or stream it along with the EP's cover art and tracklist, below.

Clogs has two dates scheduled for 2013 at the moment, including the previously discussed show on February 6 at the Merkin Concert Hall for a collaborative set with Sarah Kirkland Snider and Orchestra for the Next Century as part of the Ecstatic Music Festival. Since we last spoke, special guests Nathaniel Bellows, DM Stith, and Shara Worden were added. Tickets for that show are still available. Shara also plays her own Ecstatic Music Festival show to kick off the fest on January 25 at the Greene Space, but that show is sold out.

Bryce Dessner, who is busy with The National, is not confirmed to appear at Clogs' NYC show, but he will definitely appear at their Australia show in March. A list of all Clogs dates and the EP cover art and tracklist are below. 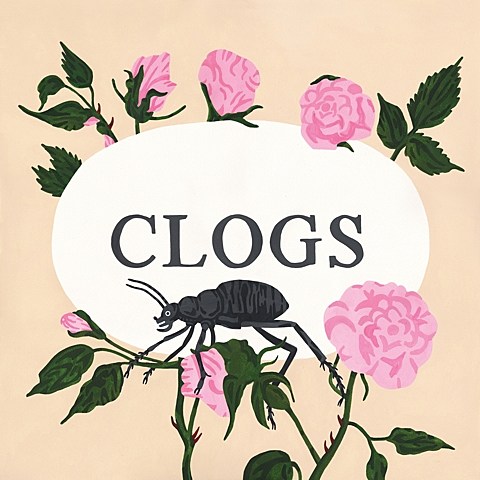