Shara Worden & The Orchestra for the Next Century, Ecstatic Music Fest 2013 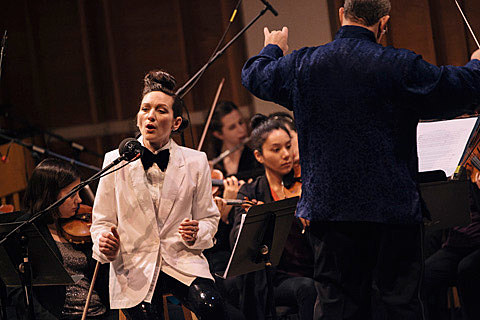 As you may know, the Ecstatic Music Festival is underway in NYC with concerts happening now through March 21 at Merkin Concert Hall in the Kaufman Music Center. Last night (2/6) featured a performance by Clogs and Sarah Kirkland Snider & Orchestra for the Next Century. The latter was presenting the world premiere of Unremembered, a 13-song cycle set to poetry and artwork by New-York-based poet/writer Nathaniel Bellows. DM Stith, My Brightest Diamond's Shara Worden (who performed the opening night) and Clogs' Padma Newsome. sang as part of it. Pictures from the evening, as well as setlist and program notes,  are in this post. 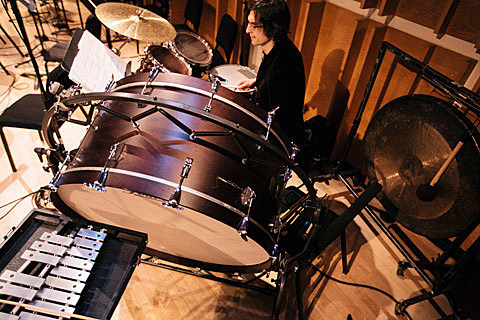 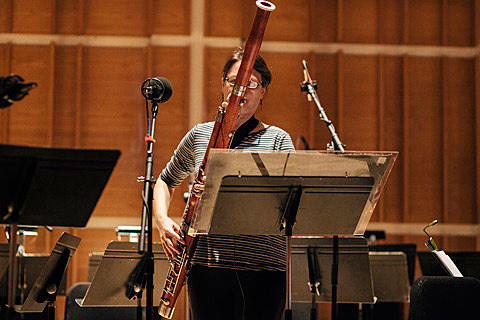 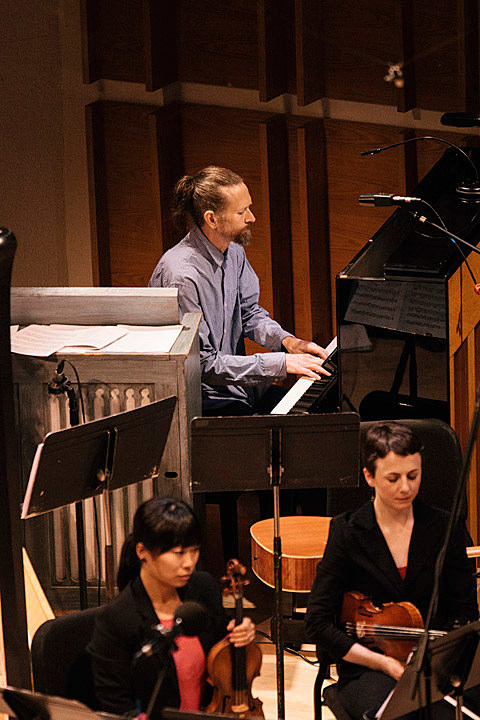 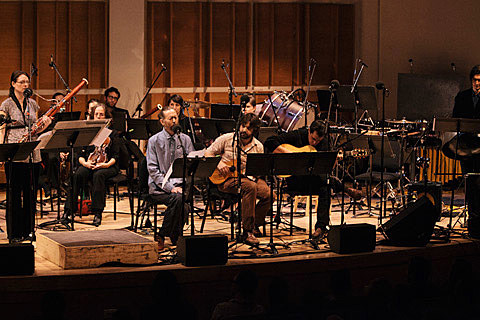 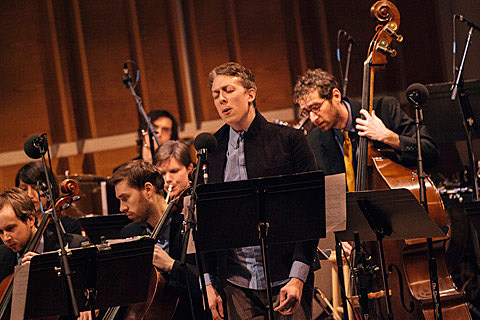 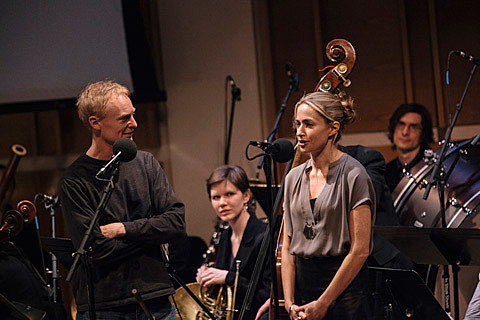 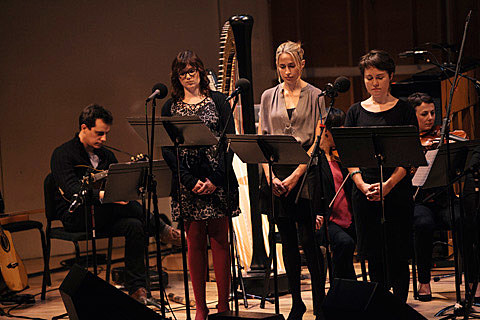 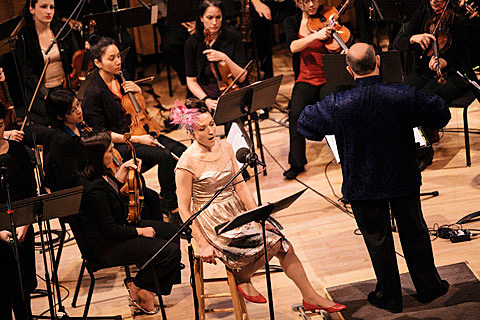 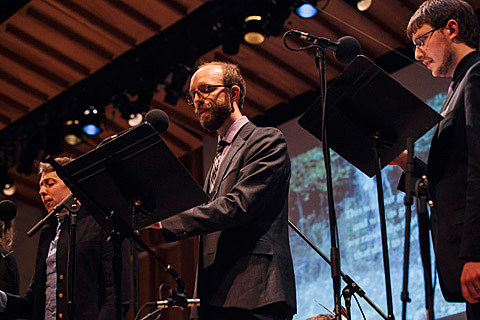 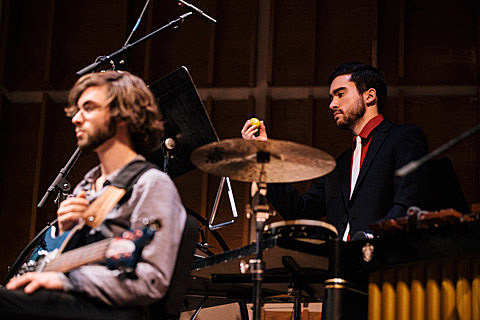 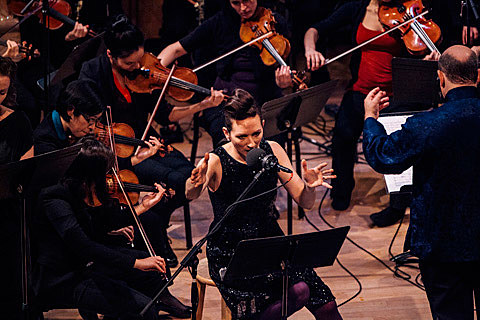 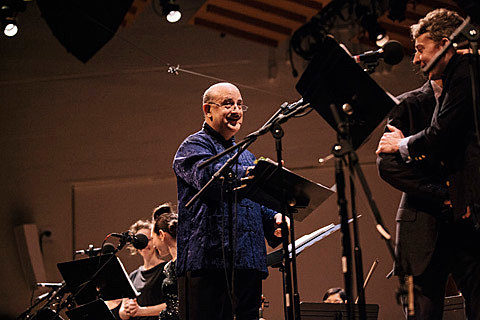 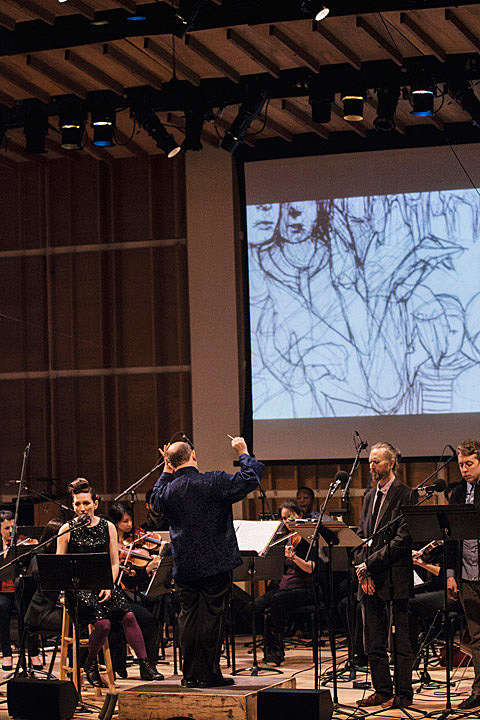 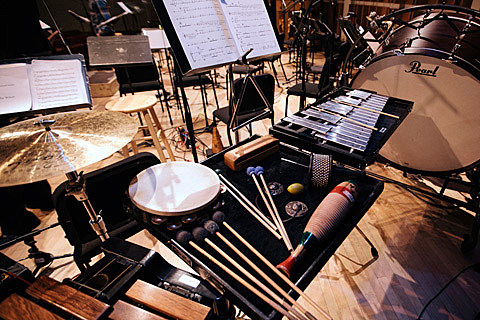 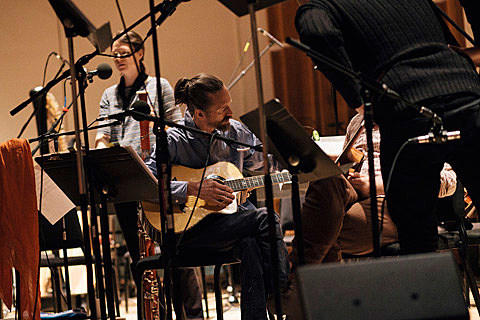 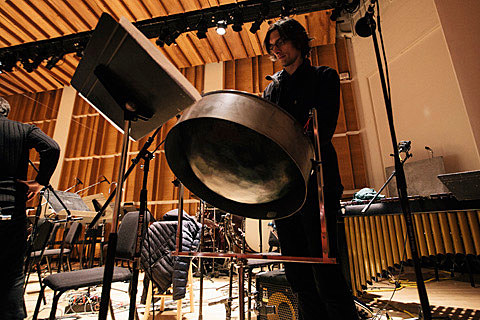 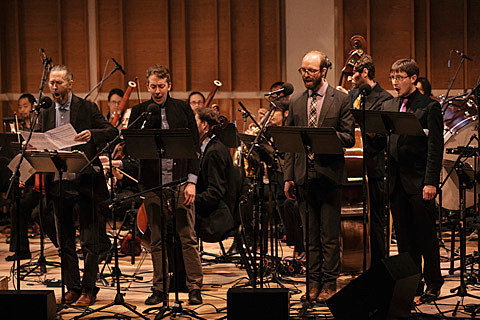 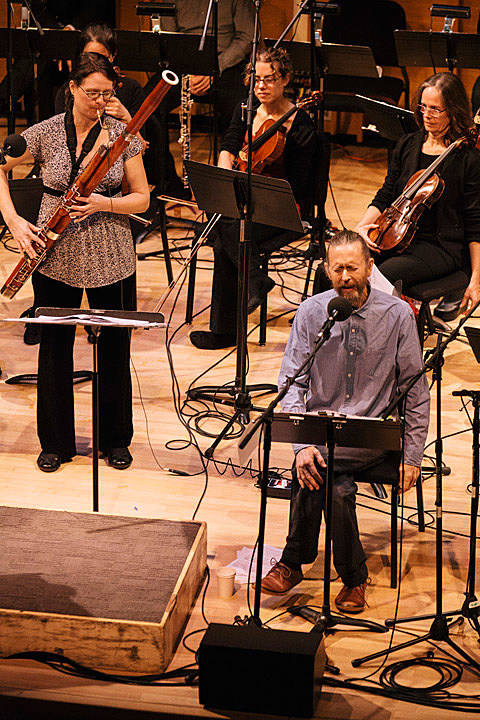 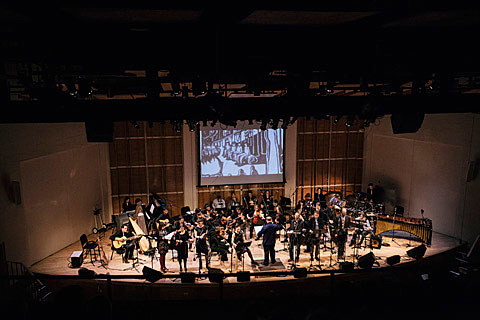 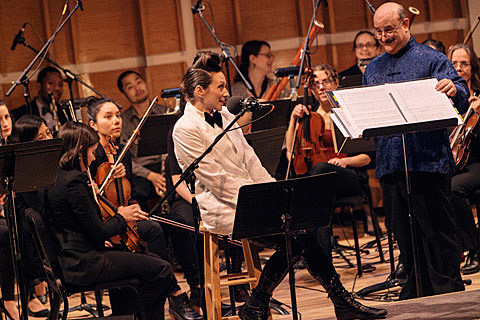 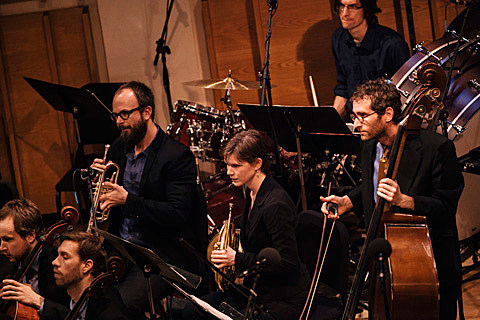 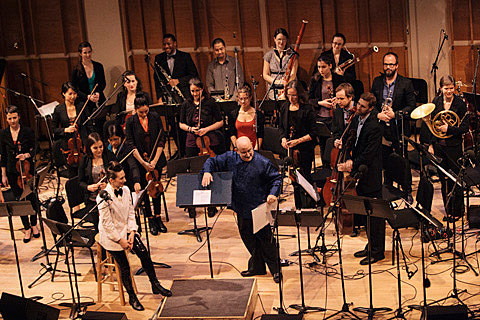 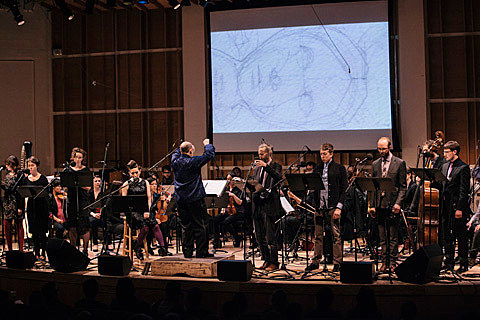 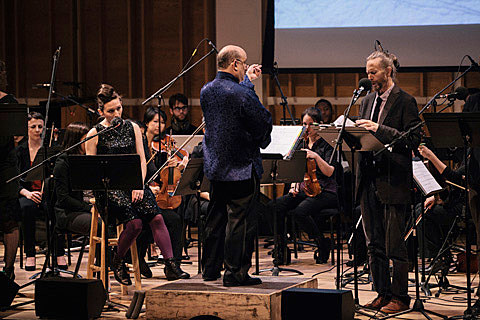 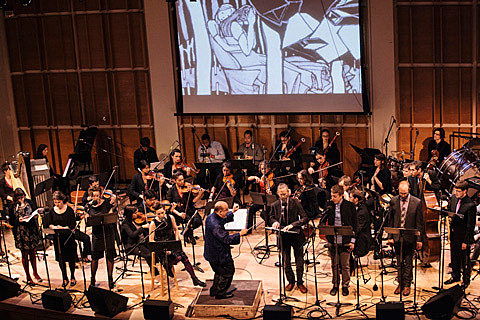 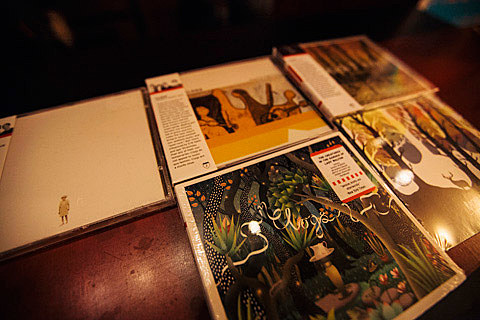 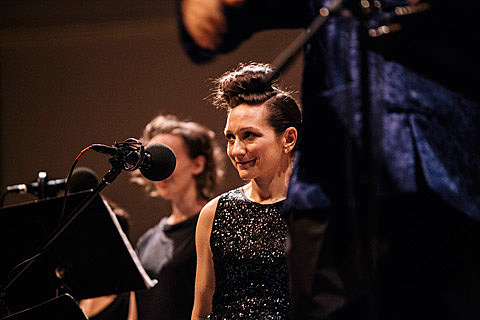 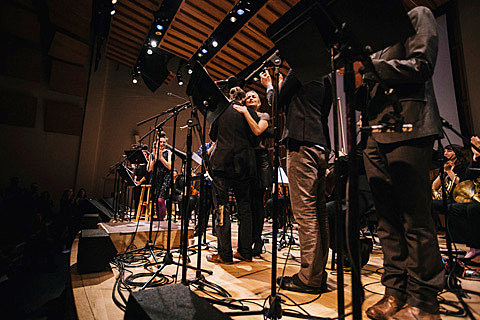 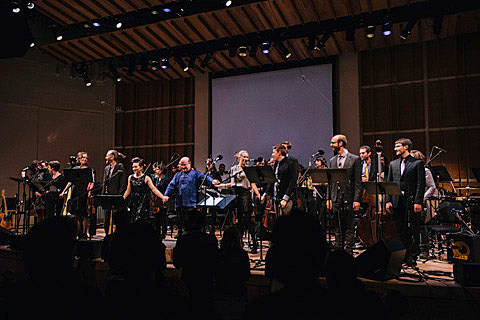 Overtures to the Public from 2 Moon Smile (2012)
CHAMBER ORCHESTRA, VOCALISTS and CLOGS

Looking at the Sun (2012)
CHAMBER ORCHESTRA and SHARA WORDEN

That Point When (2012)
CHAMBER ORCHESTRA and SHARA WORDEN