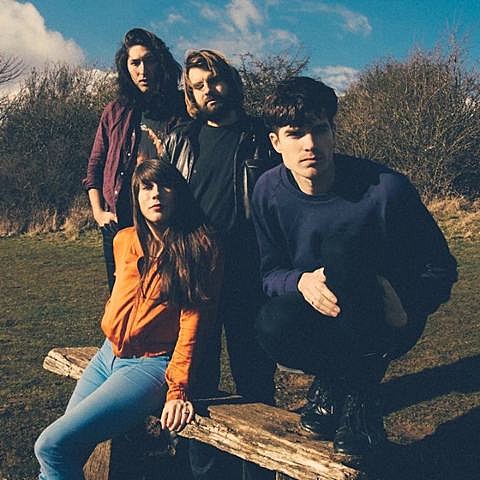 Australian band Cloud Control will release their second album, Dream Cave, on September 17. It's the follow-up to their 2010 debut, Bliss Release, which won the Australian Music Prize (kind of the Mercury Prize for Australia). The new album's first single,"Dojo Rising," is out now and fans of catchy, anthemic guitar pop (not unlike Guards) should check it out. Single stream and the video are both below.

The band will be in NYC in August for press and a couple shows too: August 4 at Glasslands and August 5 at Mercury Lounge. Tickets to Mercury Lounge go on AmEx presale on Wednesday (6/26) at noon with the regular on-sale happening Friday (6/28) at noon; tickets to Glasslands go on sale Friday at 10 AM.