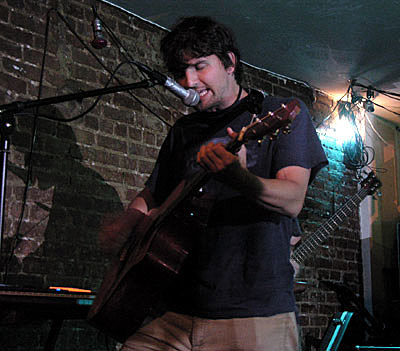 I don't think I'll be able to top CMJ Day 2 (September 15, 2005). Although I never made it to Cloud Cult's KEXP performance earlier in the day, and I missed Bell Orchestre thanks to a typeo in CMJ's scheduling (they started before the posted time of 7:00), I was able to catch full sets by Sound Team, Arcade Fire (Bowie included), Gang of Four (Tim Harrington included), and Cloud Cult (thankfully 169 Bar was running a bit behind schedule).

Watching this band at this bar felt like hanging out in their rehearsal space. The sound wasn't great, it was small and dingy, and there were wires everywhere. Coincidentally I ended CMJ day 1 in the same spot at the same time for the (much more packed) Make Believe show the night before.

Though I enjoyed Cloud Cult's performance at Tonic two nights earlier a bit more, and I had just come from two other awesome shows, this show was still a great experience with my favorite band of the moment. 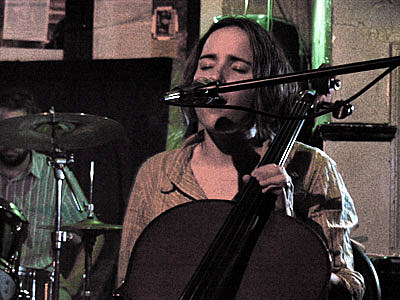 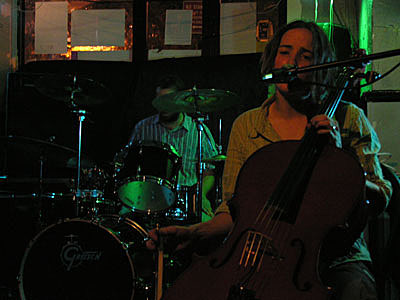 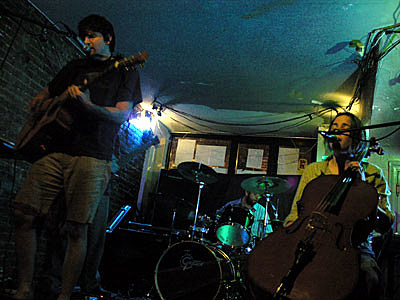 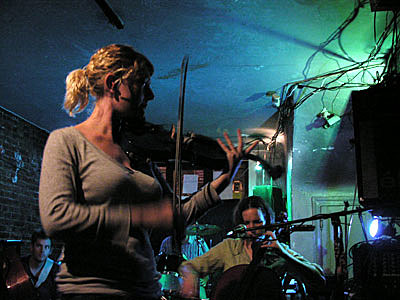 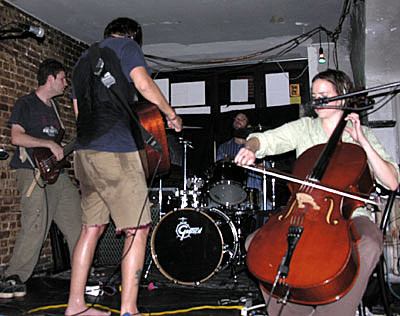 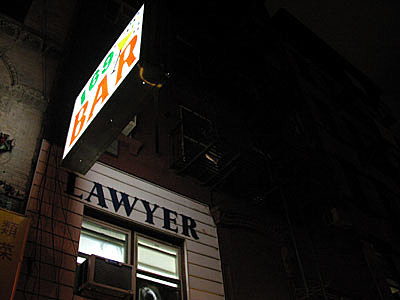 I don't know why 169 Bar discouraged MC Buttafuoco from coming. It wasn't packed at all.