Thanks to all who entered the Cloud Cult contest yesterday. After separating the real entries from those submitted by Jerry Yeti under fake names, I was able to pick a winner. The correct answer was "Mr Tambourine Man".

Everyone who played was great, but Cloud Cult truly was the headliner at last night's Movable Hype show at Knitting Factory in NYC (April 17. 2006). By the time the band took the stage, the room was packed with a surprisingly attentive audience that mostly-stayed until the 11:30-end of the moving performance. Everyone I talk to says the same thing - Cloud Cult's live performance is rougher than their nearly flawless album. I think it's more an observation than a complaint though. Afterall, we don't go to live shows to hear the equivalent of a CD being played over a fancy sound system. 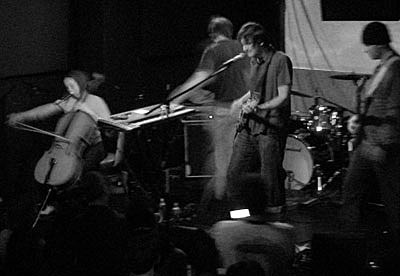 We heard a few new songs and a successful rendition of "Transistor Radio" (last time they couldn't get that song to work - this time they ALMOST couldn't). If I only heard that song, I would have been happy. The rest was all a bonus. Ryspace has a much better review AND AUDIO from the evening. 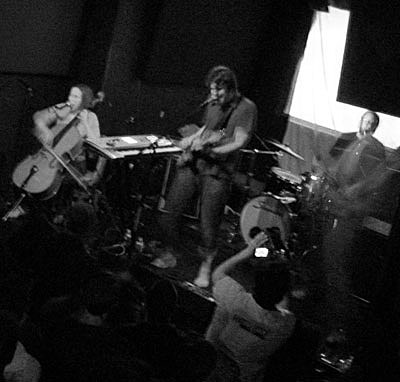