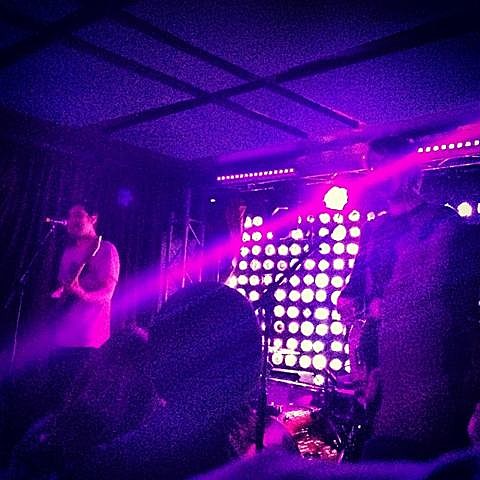 After catching Cate Le Bon at Mercury Lounge last night (1/16), I took the J across the bridge to catch Cloud Nothings at Baby's All Right where the band debuted their forthcoming new album in full. The place was packed to the gills, certainly more people than they would've been able to fit at Rough Trade where the show was originally supposed to happen. Now a trio, the band tore through the still-unnamed album which is the noisiest, most adrenalized thing they've done yet. The crowd took it all in, and saved going mental for the few older songs they pulled out at the end, especially set-closer "Stay Useless."

While we wait for a release date and title, you can listen to a live recording of last night's show (via Consequence of Sound). Stream it below.