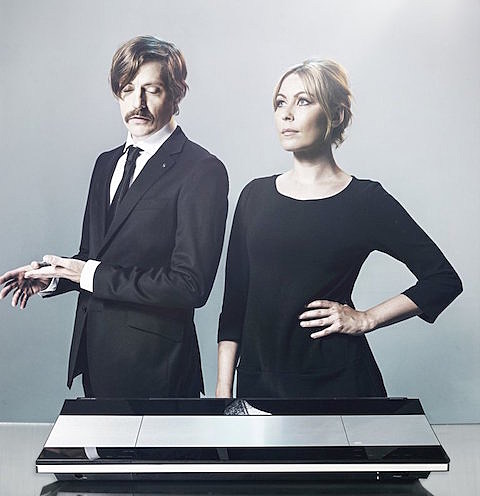 Swedish duo Club 8 released their new album, Pleasure, last week via Labrador. (Order yours.) It's very much a late night kind of record, synthwave-style disco with the icy coo of singer Karolina Komstedt completing things. The video for single "Skin" also fits this mood perfectly with shots of driving in the city after dark, lonely limos and clubs, and finally back home where things take a suprising turn. That video premieres in this post and you can watch below.

You can also listen to the whole album, even if you don't have a sweet Bang & Olufsen system like Club 8 do in the photo above, via a stream, below...