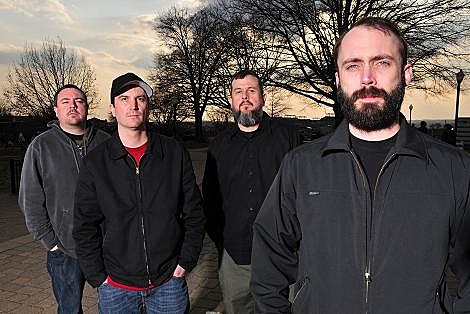 Clutch and Wino are opening for Shadows Fall (grody) on July 3rd in Atlantic City. That's bad news for those with a fear of New Jersey, crap metalcore (that's me), or crumbling casinos from the 80s. As tempting as it still is to go to that show just for the openers, there is now much less of a reason to. Clutch and Wino will team up for a US tour in September with Revolution Mother. That tour, which kicks off one month after Clutch's tour with Baroness and Lionize, includes NYC shows at Irving Plaza on Oct 9th and 10th. Ticket info is forthcoming.

Clutch is preparing to release their new album, Strange Cousins From The West on July 14th via their own Weathermaker imprint. Stream "50,000 Unstoppable Watts" from that LP at their myspace.

Wino, who recently found a new bass player after the passing of Jon Blank, is touring off of Punctuated Equilibrium which was released earlier this year. Jean-Paul Gaster of Clutch plays drums in the Wino band.

Revolution Mother's new LP, Rollin' With Tha Mutha is due on Ferret Music on July 7th. Pre-order that record here.