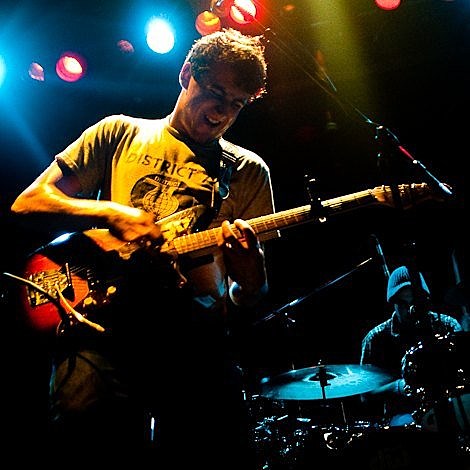 Okay, so Saturday is officially bonkers. I think every band in town this week is playing somewhere, sometimes more than once. There are so many good shows you may get an ulcer trying to narrow down your choices. Here we go:

Surely there's no place you'd rather be Saturday afternoon than at the free Brooklyn Vegan / Bowery Presents party at Pianos. We've got both floors going, with Cymbals Eat Guitars, Deastro, Pete & the Pirates, Surf City, BEAST, Smith Westerns, Dent May and many more. Plus free Miller and Vitamin Water, and, before and during BEAST's set: free bloody marys. Set times below.

But apparently there are other daytime shows. You might be forgiven if you snuck out and went to Music Snobbery's day party next door at The Living Room. I'm a big fan of Savoir Adore and Sissy Wish, and he's also got Denmark's Choir of Young Believers, Dawn Landes and Bird of Youth.

Then in Williamsburg (which is giving Ludlow St. a run for its money this year)... blogger collective After the Jump have put together a great free show at Brooklyn Bowl, with Surfer Blood, Harlem, Savoir Adore, Soft Black, Grooms, Bear in Heaven, and Small Black. Maybe we'll even get a supergroup of Soft Small Black. Anything can happen on the last day of CMJ.

Then there's the Pitchfork-curated Showpaper benefit at Market Hotel is so big it actually goes till 6AM. (Though it's just DJs after midnight.) It's a good opportunity, especially, for the under-21 crowd to see a lot of the CMJ bands (Surfer Blood, Delorean, Cold Cave) who have otherwise played bars. It's not free, but the $8 goes to keep Showpaper going, which is probably the greatest source for all-ages shows in the city.

Underwater Peoples have put on three showcases during CMJ week, and this last one is at Cameo Gallery. 14 bands from noon to 7PM, including Air Waves, Fluffy Lumbers, Frat Dad, Big Troubles, Spanish Prisoners, and Family Portrait. It may be getting a bit more chilly, but the beachy vibe will be present here this afternoon. Not free, but only $7.

A post with the Saturday night shows is HERE coming soon. In the meantime, it's still Friday night. Saturday day fliers and set times below... 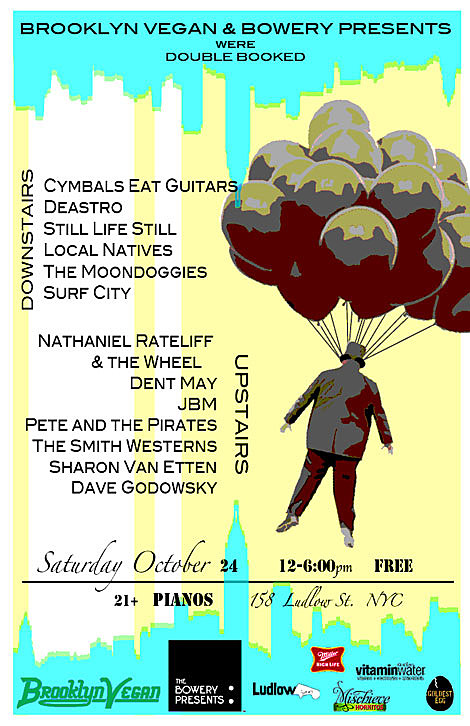 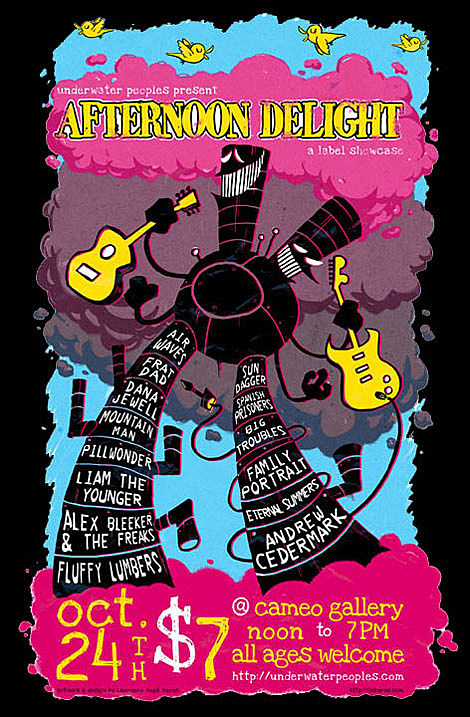 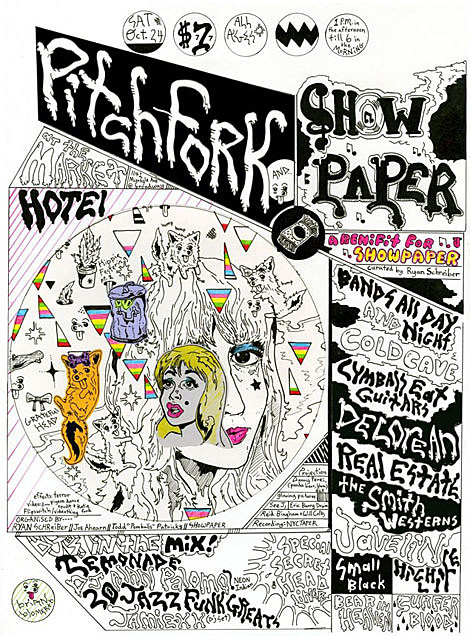