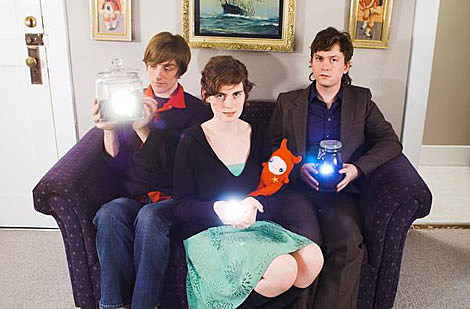 BrooklynVegan's got two parties tonight. Black Bubblegum is hosting an official metal showcase tonight at Fontana's (which happens right after our day party at the same venue), and we've also got the teeny tiny Loft Space party that is sold-out at this point.

One of the bands playing the loft party is Victoria Canada's Immaculate Machine, who may or may not have the lineup pictured above...

...To make life even more tricky for the band, vocalist and keyboardist Kathryn Calder, one of the remaining original members, has had to absent herself from touring after the terrible news of her mum's diagnosis with motor neurone disease; although Lynn Calder very sadly died earlier this year, Kathryn was not with the band this evening. Indeed, the touring line-up looked very different from the line-up advertised on the band's web presences, two boys apparently replaced by two girls.

So, amid confusion that appeared to verge on turmoil, could the band deliver the goods live? It turned out they very much could... [John Kell, Oct 20, 2009]

Immaculate Machine also play early-ish tonight (8:30) at the equally tiny Fat Baby for a showcase for their label, Mint Records. They've got trio of Canadian bands playing, most of whom rarely seem to make it down to America. Or, the East Coast at least -- most of their bands tend to be from Vancouver. In addition to Immaculate Machine, there's the garagey Pack A.D. and Hot Panda, who I caught last year at CMJ and are pretty good. The Mint Records showcase is also a good place to pick up their great fanzine, A Taste of Mint, which always features at least one classic Narduwar interview.

And a bit off the beaten path, the folks at the Seaport Music Festival are putting on a great showcase at their Seaport on the Side gallery space (corner of Front and Beekman). The line-up, which runs from 7PM - Midnight, includes Montreal's We are Wolves, the Danish electro sounds of Spleen United, and UK hip hop act Man Like Me. UK pop artist Dan Black was supposed to play but cancelled and has been replaced by Sweden's Moonbabies who played a killer opening set at yesterday's Brooklyn Vegan day party. Do go see Moonbabies if you can. They also play earlier in the night (8:30) at Crash Mansion.

One of the many, many highlight's of yesterday's Brooklyn Vegan day party at Piano's was JEFF the Brotherhood who put on an absolutely kick-ass closing set. Tonight, they've put together a showcase for their label, Infinity Cat, featuring a slew of Nashville bands: Heavy Cream, Natural Child, Denney & the Jets, Daniel Pujol, as well as Brooklyn's Sisters.

And, of course, JEFF who you should really try and see this weekend at some point. If there was one thing missing at Pianos yesterday, it was the smoke machines Jake and Jamin tend to use (Pianos doesn't allow them) and I have a feeling they'll be in full effect tonight.

And lastly, fellow Brooklyn blog Chocolate Bobka has teamed with Underwater Peoples and twosyllable records for a pretty great night of music at The Delancey, including Holiday Shores, Real Estate, Frat Dad, Pill Wonder and more. They're also promising free moonshine, which sounds a bit deadly to me but, hey, it is Friday night. 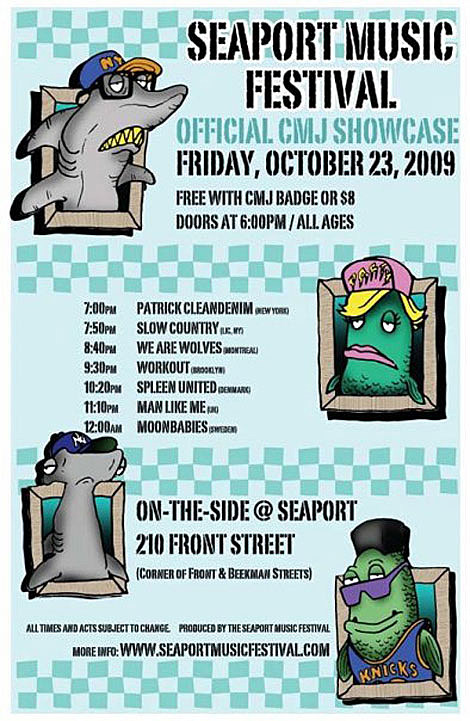 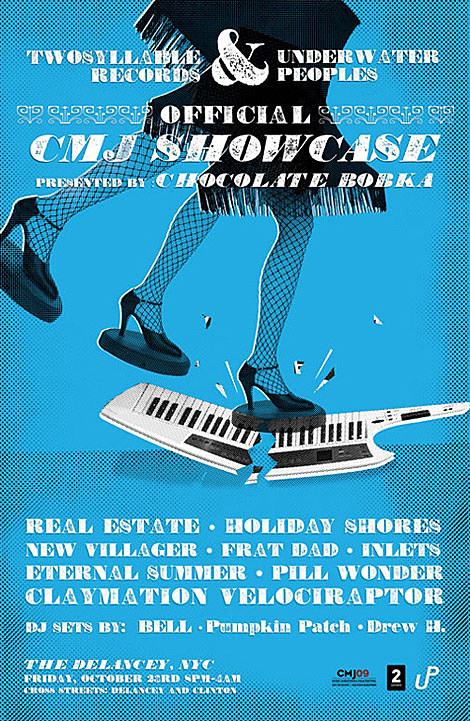 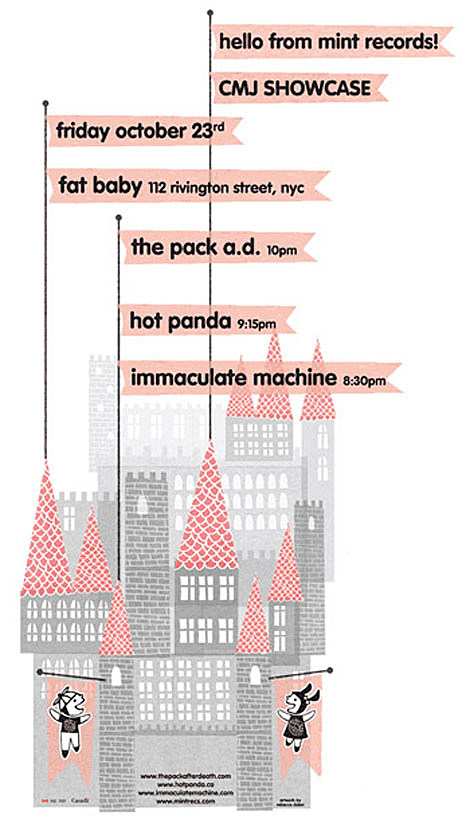 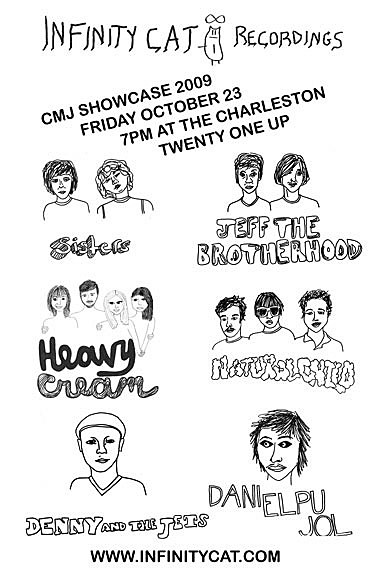