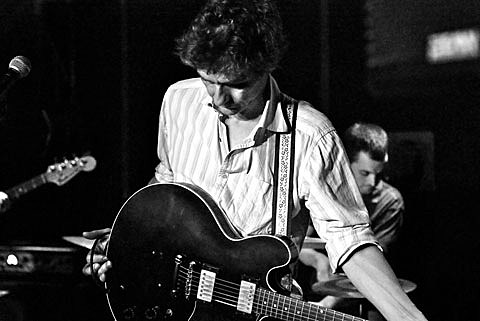 I'm gonna guess that Bowery Ballroom will be one of the tougher entrances tonight, 10/22, as Dean Wareham will be playing an all Galaxie 500 set at midnight. I saw him do it at The Rock Shop over the summer and while there's no replacing Damon and Naomi, this is a good approximation. And as close as we're ever going to get. Definitely worth seeing if you're a G500 fan. San Diego's JAMC-loving Crocodiles play before at 11PM.

If you missed The Phantom Band at our day party earlier, they play again at Knitting Factory (8:30PM) as part of a super-solid showcase that includes Title Tracks (9:30, excellent power pop from ex-Georgie James man John Davis), Gentleman Jesse and His Men, (10:30), COOLRUNNINGS(11:30, gaining good buzz as CMJ goes on) and Baths (12:30am).  For beer connoisseurs on the cheap this week, KF has cans of Pork Slap for only $3. No need to drink PBR here. $10 without a badge.

Kanine Records takes over Cake Shop tonight, and I like pretty much every band playing: Dinowalrus (who have been focusing more on melody than noise lately), Dream Diary (skilled Pastels-y indiepop), Viernes, Pepper Rabbit, Montreal's ethereal Braids, Young Prisms ("young" is the new "wolf" this year), Roanoke VA's Eternal Summer (definitely a CMJ must-see), We are Country Mice, and Grooms. Matt fromA Heart is a Spade DJs. Set times at the bottom of this post.

Frankie Rose & the Outs are playing their only CMJ week show tonight at Coco 66 (10PM) with Tamaryn (11PM), Light Asylum (midnight), and the just added Glasser (1am).  It's an unofficial show, no badges, but only five bucks to get in. (Buy advance tickets here.) It's also probably your only chance to see Tamaryn with a smoke machine, which will certainly add to her gothy, shoegazy appeal. (Her record is great if you haven't heard it yet.) And Light Asylum are one of the city's best kept secrets.

Grooms, who can sling the drone and feeback as good as anyone, also play the free Impose party at Don Pedros tonight. It's an all-Brooklyn line-up, a good bet if you're from out of town and want to get a crash course in the DIY scene. Go early to see Regal Deagal who sound a little like Wire (punky, Krauty, nervy), and stay for Grooms, terrific noisepop duo Sisters, underrated pop band Darlings, and the dreamy, melodic Tony Castles: Also playing: Tough Knuckles and Snakes Say Hiss. Again, it's FREE.

Also on the free tip, the YoursTru.ly folks are throwing a party at Glasslands which is no cost to you, the music fan. You could pay for much worse: Sun Airway, Cults, Kisses, Laurel Halo, Candy Claws, Young Man, Oberhofer, Guards, and James Vincent McMorrow.

Those are my picks for the night (the daytime ones are HERE). You can also check out the list of all official CMJ shows in a not-particularly easy-to-read format.

Also catch Big Freedia and Dominique at, and don't forget about, our Saturday day party at Public Assembly. In the meantime, hope to see you at the one we're doing today.

Friday flyers, set times and such are below. 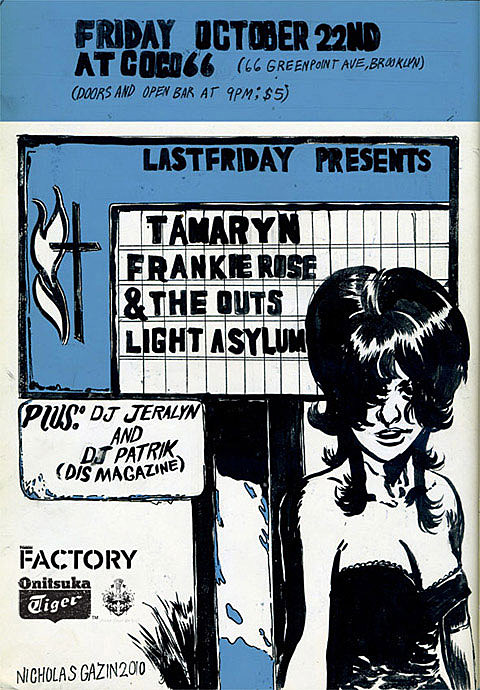 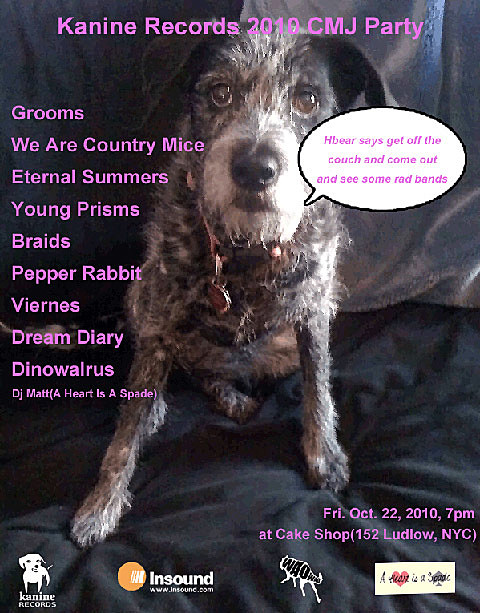 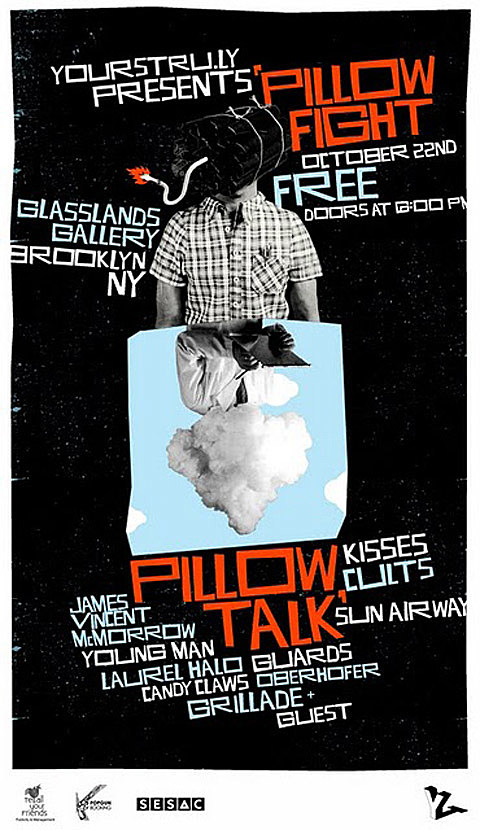