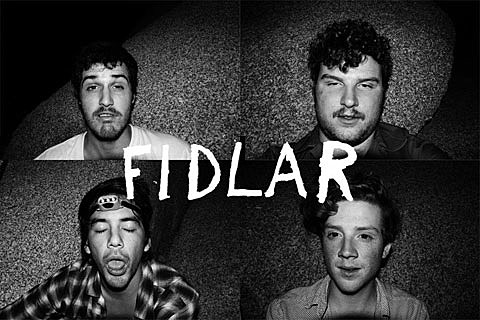 Anybody see anything good last night? I couldn't make it out, myself, but am planning on making up for it tonight. Lot's of great options, go see some music. Again, this is not some comprehensive guide, just my picks.

Of any city in America, I really feel like I don't have much of a grasp on what's going on in Los Angeles, musically. San Francisco, sure. Seatlle, of course. Portland, uh huh. Chicago, Boston, Minneapolis, Austin... I think I get the gist. But not L.A. so much, which is why I'm very curious about the indigenous/Spaceland showcase at Cake Shop tonight.

Amongst the angels playing tonight: Tropical Popsicle make hazy, tripped-out indiepop that might take you as high as the 13 Floor if your elevator goes that way. Trop Pop have toured with Pains of Being Pure at Heart and, while the sound ain't exactly new, the songs are pretty catchy. You can download a track off their latest EP at the top of this post. Please, however, don't go to this show yelling for them to play "Everybody Dry Fuck on the Dance Floor" -- that's a different Tropical Popsicle.

You've probably heard of Bleached (ex-Mika Miko) by this point if you've read any CMJ coverage this year. Again, familiar territory here but I like what I've heard. Bleached a playing a bunch this week, including the BV day party on Friday (10/21). All CMJ dates below

The rest of the bill: Fidlar is garage pop not unlike Ty Segall whose is out on influential label White Iris (check out an MP3 above). They sing about getting high almost as much as Bethany Cosentino and this is one of three shows they're playing tonight (also 7:30 at Santos, Midnight at Shea Stadium).

Yes, I'm still writing about the Cake Shop show...The Audacity (great name, seriously!) are from Fullerton and have toured with TY on the West Coast and are not to be confused with this cool dude; Races are signed to FrenchKiss and are kind of the odd band out on this bill, musically, as they're big, emotive anthemic rock (they also play the BV show Friday); Guards is ex Willowz, and then there's also Weekend who are from San Francisco but the coast is correct and who play the BV Official CMJ showcase Friday night (10/21) at Music Hall of Williamsburg. 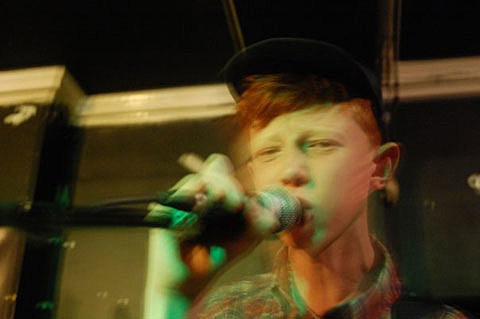 Okay, moving away from Cake Shop (and L.A.),  there's the True Panther showcase tonight at Glasslands which is notable for many reasons but probably mostly as the U.S. debut of King Krule, aka South London teenager Archy Marshall who used to record under the moniker Zoo Kid. Marshall looks like he stepped out of 1956 but his sound is definitely now. Check out a stream from King Krule's forthcoming EP at the bottom of this post. KK will also play Gorilla Vs. Bear/YoursTruly's unofficial party at Shea Stadium tomorrow. 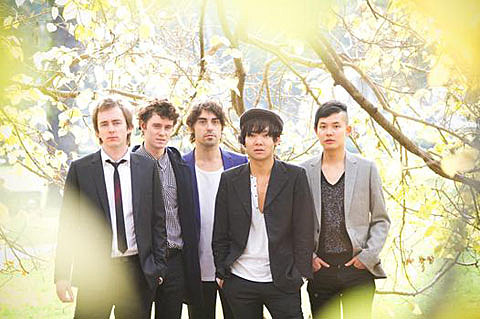 Also playing are Australia's Little Red who are probably the most straightforward band the label's ever signed. This is the sort of big heartland pop that was unavoidable in the '80s (Springsteen, Waterboys, The Call). This kind of stuff (which Canada's Arkells do as well) is totally out of fashion over here -- though not in Australia -- but the hooks are undeniable. Their album, Midnight Remember, is out next week.

The rest of the True Panther lineup: Tanlines, who really need to make an album (please) and the mayhem that is Trash Talk. Four bands who sound nothing alike! That's what you want at CMJ. 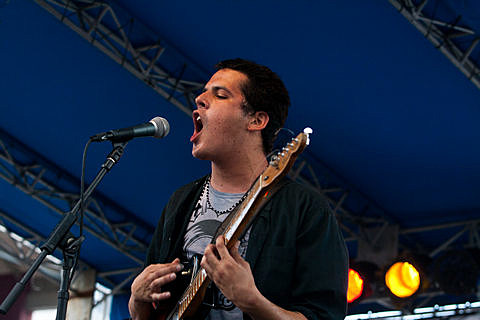 If you like the kind of bands that normally play DIY venues but enjoy a smoke-free envoirnment and good sound, and don't mind paying more for beer to get those things, Knitting Factory's got a great night of garage, punk and garage punk, headlined by the truly aweome Davila 666. They are a party no matter where they play. 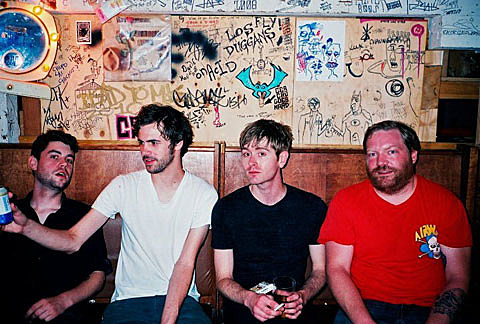 Also on the bill are Lawrence, KS's Mouthbreathers whose new 7" is out on In the Red Records and is streamable below. The band features members of Rooftop Vigilantes and Blood on the Wall and make the kind of sneering, melodic punk that is loud, fast and -- in the case of their live shows -- out of control. I dig. Also playing the Knit show are the Barreracudas, HiFi Fantom, and Audacity. This will be a gauranteed fun show.

Arlene's Grocery seems to be the Canadian musical embassy for CMJ. M for Montreal's big showcase happens there on Friday (10/21) and tonight is the Canadian Blast with five bands from Up There you might not be familiar with. NYC tends to get the artier Canadian bands, from Montreal and Vancouver usually, but tonight showcases the more commercial side of indie, be it rock (Papermaps, The Reason) dance (Bikini, Data Romance) or in-between (Dinosaur Bones). 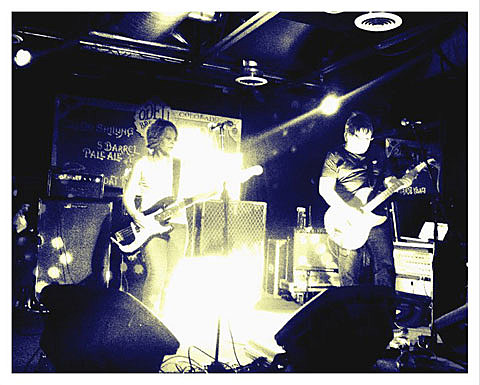 I'm a big fan of enigmatic Minneapolis duo BNLX who are at the Rock Shop tonight (8PM) with Kaiser Cartel, Pretty Good Dance Moves and more. Actually, BNLX are now a trio, having just added a drummer to aid in their sonic assault. If you like Honey's Dead era JAMC but wished that Morrissey occasionally sung with them and covered Ice Cube, you are going to love them. Wear earplugs. Check out a couple tracks above and if you can't make it tonight BNLX play again tomorrow (10/20) at Rebel at 11PM.

And over at Webster Hall tonight are The Wombats, the 10th most popular show of CMJ week, at least by those who logged into CMJ's Sched site. I'll admit to liking early singles like "Moving to New York" but that they are filling Webster Hall now seems a bit inexplicable to me. They do know how to write a catchy chorus though.

Tonight's the Domino Records/Stereogum/Todd P party at 285 Kent with Twin Sister, John Maus, Oneohtrix Point Never, and Deradoorian... $10 though a CMJ badge will get you in for half that. Advanced tickets are now available at the venue for this show today.

At 13 Thames, you can catch Spanish Prisoners, Sun Glitters, Chrome Sparks, fthrsn and Bushwiccan. Spanish Prisoners brand new album, Gold Fools, is a free download on their Bandcamp this week only. It's definitely worth checking out.

At Death by Audio it's Talk Normal, Grass Widow, The Golden Awesome, Coasting and Brute Heart.

And DIY venue MHoW has The Arctic Monkeys.

Ok that's my picks for tonight. What am I missing? What are YOU going to see? Videos, flyers, streams, etc are below. 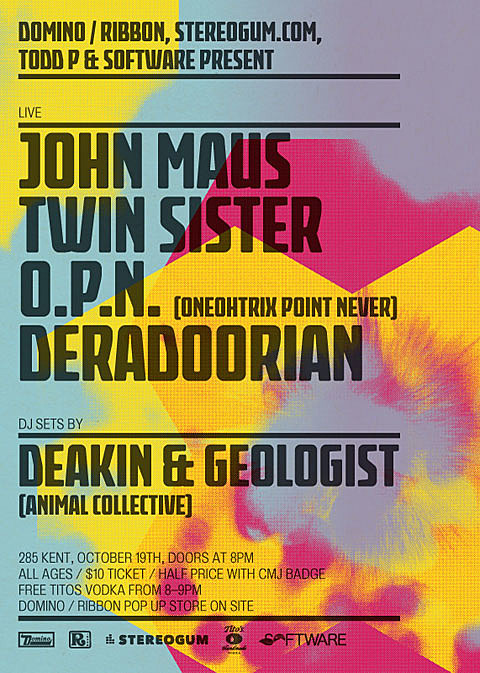 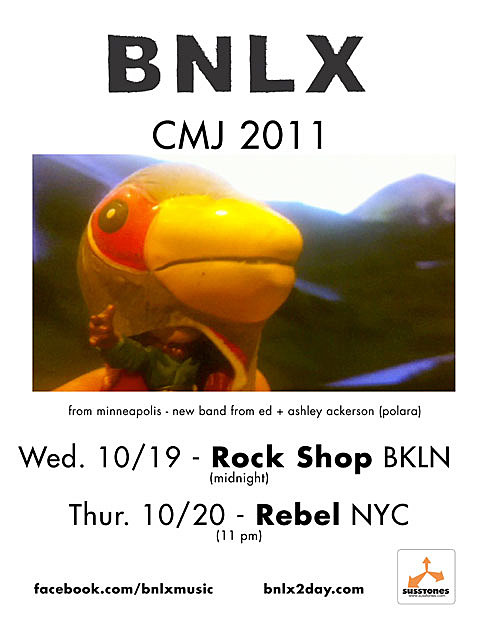 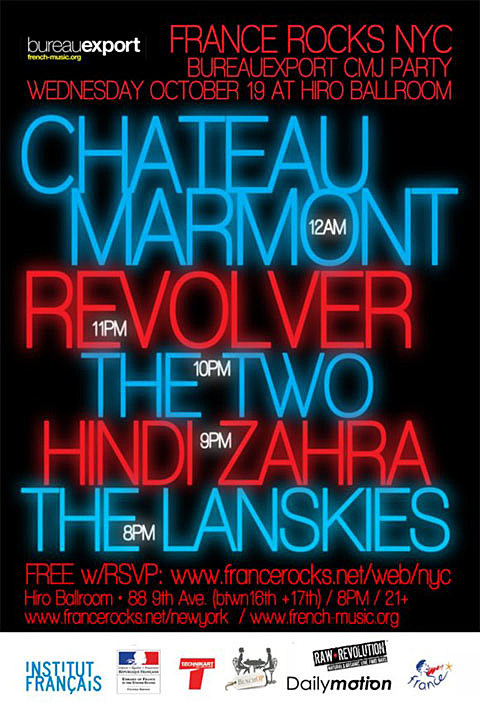 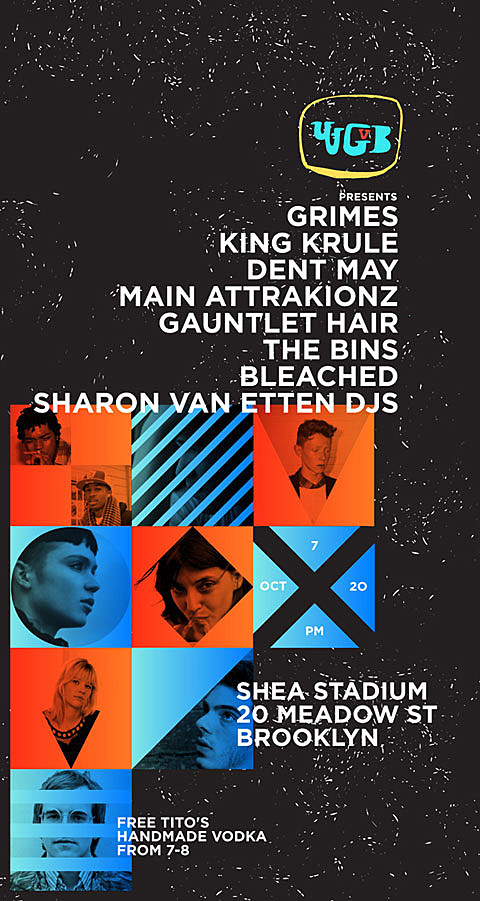 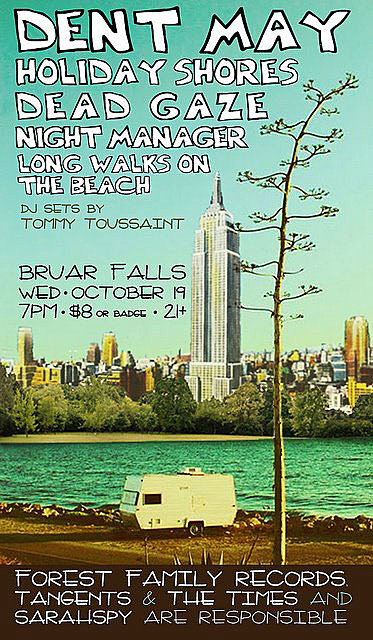 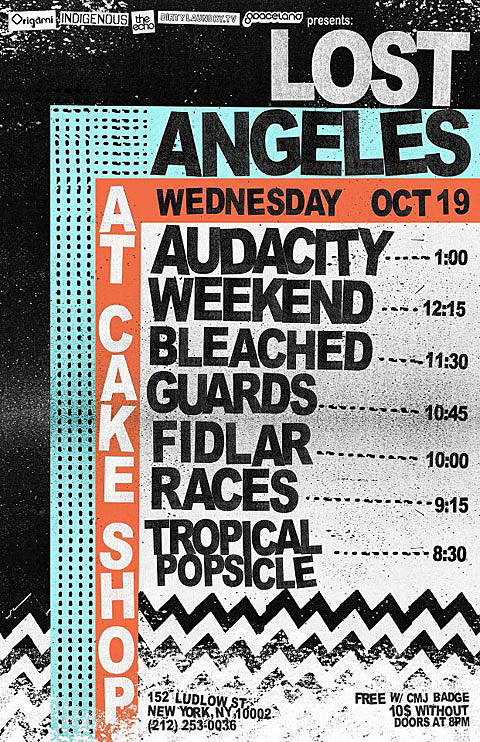 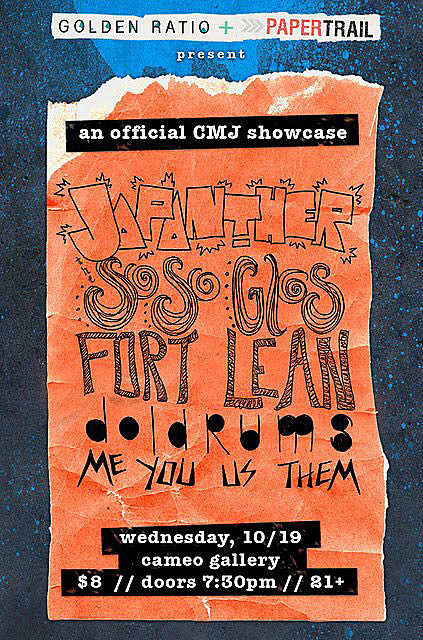 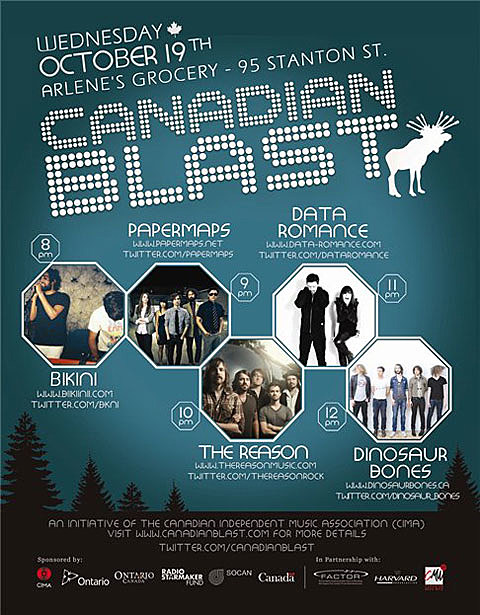 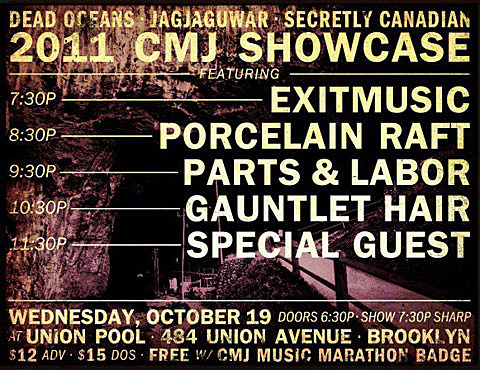 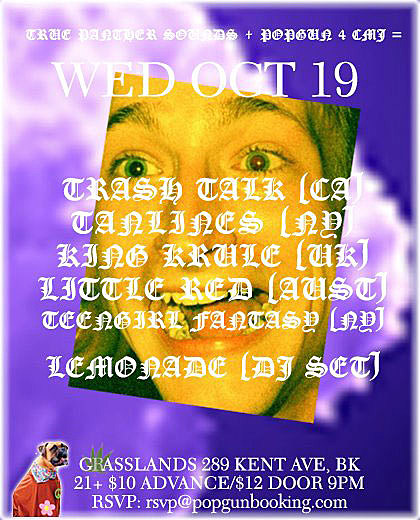 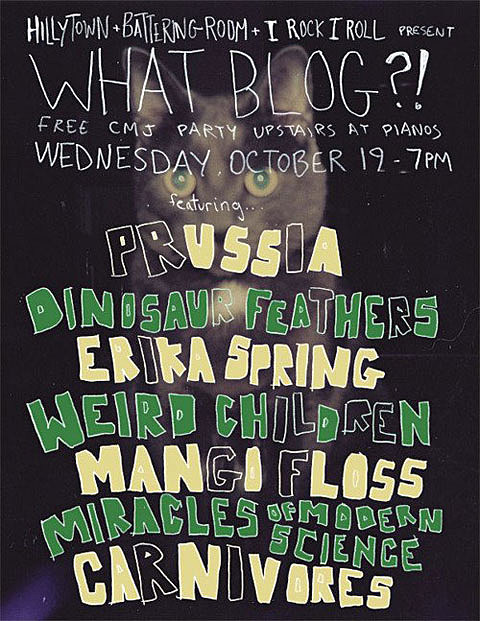 King Krule/Zoo Kid - Out Getting Ribs

King Krule- The Noose of Jah City by truepanther