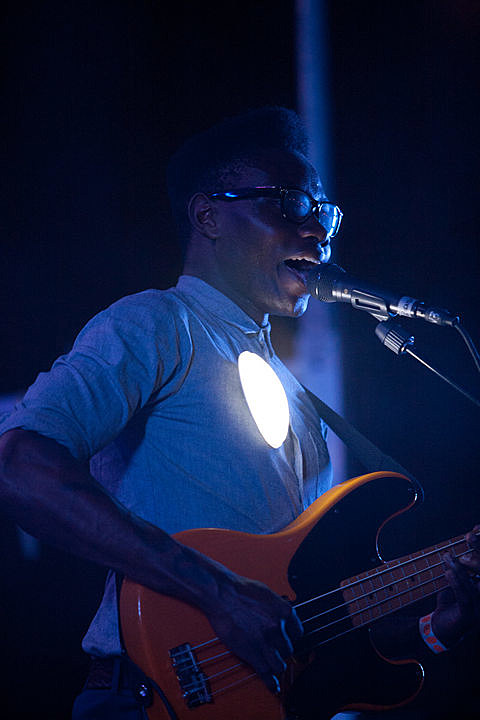 My big pick for tonight would be Metronomy at Music Hall of Williamsburg but it's sold out. There will be badges let in but, you know, get there early. Their new album The English Riviera is one of my favorites of the year, "The Look" is a contender for Single of the Year and Metronomy's show at River Rocks this summer was one of my favorite concert moments of 2011. If you have a badge and like them at all you should try to go.

Also playing are Class Actress whose album Raproacher was released this week. While I'm not sold on the C.A. live experience I do like the album -- it got a 7.1 on Pitchfork today. Caged Animals are before that (I like their album quite a bit) and True Womanhood. 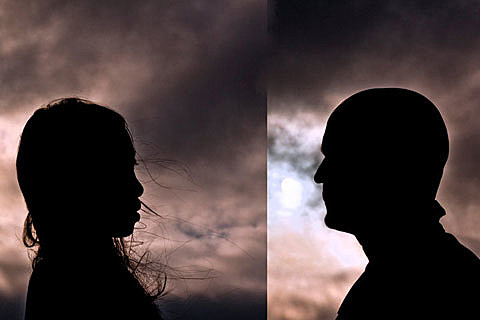 Keeping things dancey but much more accessible (in a physical, get in the show kind of way) are San Francisco's Silver Swans who play tonight at The Delancey (10PM). Their album Forever is in the can just waiting for someone to release it, and it's terrific I think. A little Knife-y at times but they're doing their own thing. You can download Silver Swans' slinky cover of Fleet Foxes "He Doesn't Know Why" at the top of this post. If you can't go tonight, they play Bruar Falls tomorrow at 8PM. 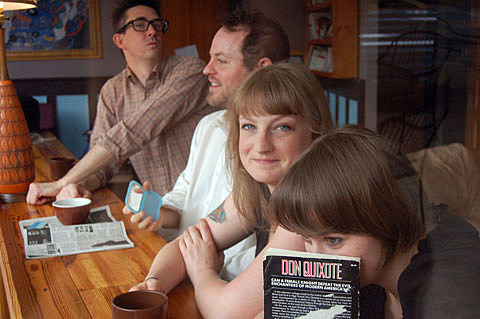 My other call-out pick for Thursday night is Tunabunny who are from Athens, Georgia and play Bruar Falls at 11PM. Yes, the name is kind of horrible but give them a listen, it's well worth your time. The quartet have a ramshackle, dissonant sound that is a little early '80s (Raincoats, Pastels) and a little early '90s (Helium, first album Breeders, Scrawl) but there are some quality pop hooks amongst the calamity. The band just released their second album, Minima Moralia, on the Happy Birthday to Me label. It's good!

The Bruar Falls show is a HBTM showcase that also features Red Pony Clock, Eureka California, Flash to Bang Time, Afternoon Naps and Fishboy. Tunabunny also play the Ace Hotel on Sunday night (10/23) for those who need one more night of rock music.

As for whole showcases to check out, Sub Pop and subsidiary label Hardly Art have put together a combo roster of heavy hitters: Xray Eyeballs, GEM CLUB, Jacuzzi Boys, Memoryhouse, Still Corners, J Mascis and headliners Dum Dum Girls. Sold out but they will accept some CMJ badges...so go early... the whole lineup is killer. And go early 'cause you never know what Xray Eyeballs' frontman OJ is gonna do. They've also got a new zombified new video which you can watch over at Impose. If you miss it, J Mascis also plays our day party Friday. Still Corners play our day party at Knitting Factory today.

Snarky online video show Weird Vibes has put together an authentic alt line-up for you to carefully consider and tweet about at Cameo: Keepaway, Pat Jordache, MillionYoung, Headless Horseman and Weekend (who play our own CMJ showcase Friday night).

Or you could go see a bunch of French indie bands at Santos. That will probably be pretty entertaining. (I mean that for real.) Zenzile, The Inspector Cluzo, Stranded Horse will rock you en Francais. Also it's free if you RSVP.

If you're out in the Gowanus/Park Slope area, you can head to Littlefield for a very sweet lineup of local talent, including Frankie Rose's only CMJ show and likely last one ever with this line-up of her band. She says her new record, our early 2012 on Slumberland, is too different and will need a rethink on how to play it live. Consider me intrigued, Frankie.

The other bands on the bill include Widowspeak, Talk Normal, Blues Control, Amen Dunes and Noveller. Littlefield is a really cool venue, so hit this one and just relax and know you're staying in one place all evening. Who needs all this running around? 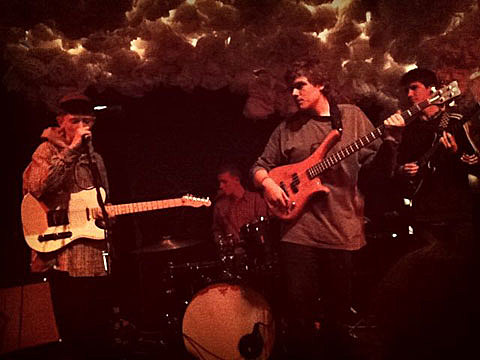 I was really impressed with King Krule last night at Glasslands, despite some shitty sound, whose set was one part jazz pop and one part early '80s Mike Leigh. He's the real deak. Catch his at Shea Stadium tonight as part of the Gorilla Vs Bear/YoursTruly party that also has Grimes, Dent May, Main Attrakionz, Gauntlet Hair, The Bins & Bleached. The show is free but you need to RSVP.

OK, that's a lot of good suggestions. Go see some music tonight! Flyers and videos are below. 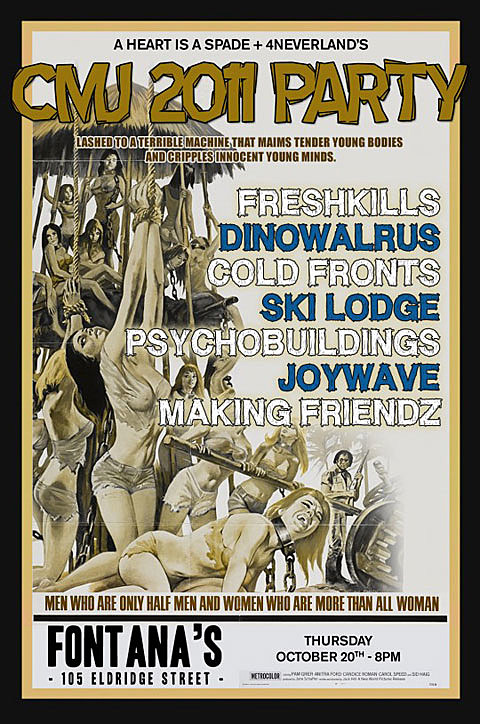 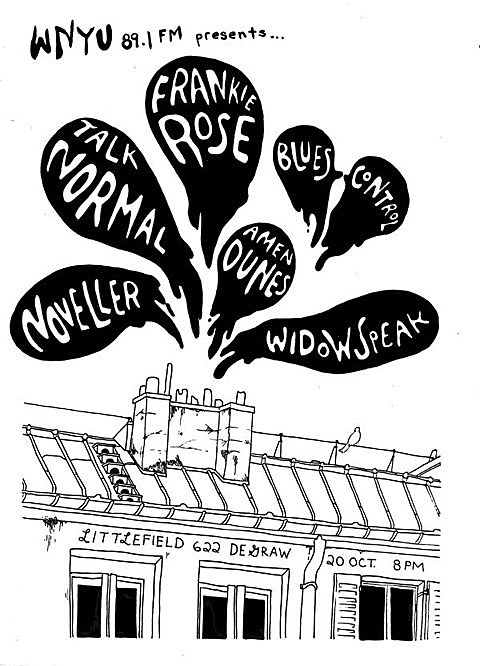 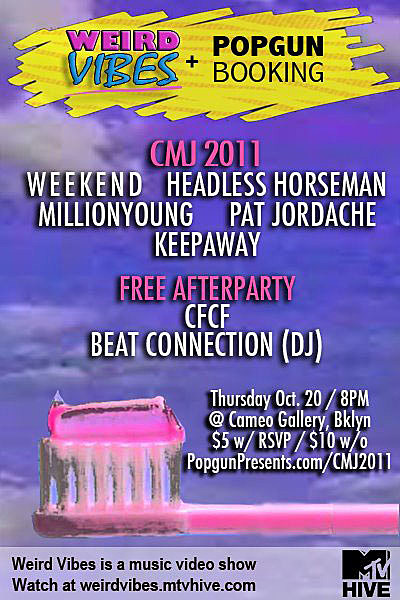 Metronomy - Everything Goes My Way