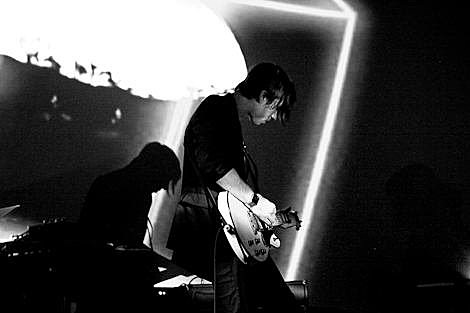 The CMJ Music Marathon & Film Festival "has announced its first round of performing artists." The full list, BrooklynVegan showcase semi-included, and more is below.

One of those performing artists is School of Seven Bells who headline the Windish showcase at Santos Party House on Saturday, October 23rd. Tickets are on sale for that (or you can try to get in with your CMJ badge). SoSB played MHOW during CMJ last year.

Meanwhile School of Seven Bells will kick off a tour with Active Child at Brooklyn Bowl in Williamsburg on September 9th. $5.00 tickets are still on sale.

All SoSB dates, the CMJ artist list, Bad Books info and more, below...