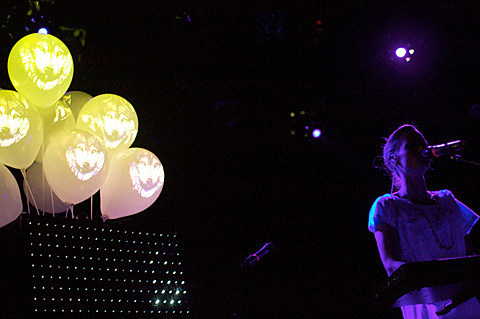 Cursed with a day job, on Tuesday I only had time on my lunch break to quickly pick up my badge and power walk over to the Living Room to check out one act - the Danish group Alcoholic Faith Mission. Though it was kind of weird to hear the line "Sober up" sung repeatedly to a room of people clutching free beer (at 1:30pm no less), I tried to see past the irony. It was pretty funny, after all. Alcholic Faith Mission's pretty, melancholic music may be better suited for a late-night show, but they made it work and didn't let the odd time slot decrease their fervor. First show of CMJ, a success! Though the dimly lit room was begging me to stay, I had already stretched my 'hour' lunch break past its limit, so regretfully I took my leave. Pictures from the whole show (except 1 band) are HERE.

After work, I headed over to the Music Hall of Williamsburg to start my evening with another Danish artist - Oh Land. Wow. To give you an idea of what we're dealing with here, consider this telling snippet from Myspace. Growing up, singer Nanna Øland Fabricius had an "opera singer for a mother, a theater organist for a father and Björk's Homogenic on constant rotation." As you can probably imagine, this combination made for quite an eye and ear-catching show. She even brought props with her, including a large black board (think Lite Bright) with white bulbs that depicted various flowing patterns and a set of white balloons that each depicted fun (and sometimes creepy) projections. The show may have been somewhat gimmicky (she had light-up drum sticks, too), but Fabricius had the chops (and the look) to pull it off, and from what I can tell, her new EP (which just came out yesterday) will be worth a listen. Pictures from their Music Hall set are in this post. We also caught them Monday night at the Conflict of Interest Party. You can catch them next tonight at the Hype Machine party, and Friday night at Public Assembly. 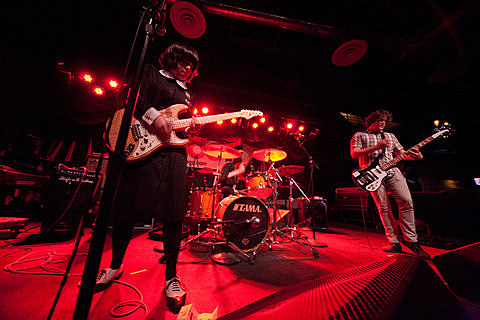 Though I was tempted to stick around Music Hall for the Miniature Tigers set, the timing wasn't right, so I headed over to Brooklyn Bowl for one of the larger shows of the week - MOG's free opening night party. Luckily, it was pretty early, so there was still plenty of space in the large venue. When I walked in, Screaming Females was already mid-set. The contrast between Oh Land's Fabricius and Screaming Females' singer/guitarist Marissa Paternoster is striking to say the least. Though both women are fierce, they're also practically foils of one another. True to her band's namesake, Paternoster's presentation is aggressive, loud, and commanding, and the girl certainly isn't afraid to shred. Her austere, pilgrim-esque black dress was also quite a change from Fabricius' shimmering tights and sexy top. Catch them tonight/Thursday at MHOW.

Up next was the scuzzy garage rock act DOM. DOM is that kind of flannel-shirt-wearing, hair flying, ripped-jeans-wearing band who could belong to a number of different decades and sub genres, but I suppose their exact classification doesn't really matter. Like their predecessors of the evening, they rocked out pretty hard. They play #OFFLINE today/Thursday, and our day party Friday.

Initially, I thought DOM was kind of a weird opener... that is until Yo La Tengo started to play. They were much louder and dronier than I was expecting - especially the bass, which greatly obscured Ira Kaplan's vocals. But things did eventually lighten up when the group launched into "Mr. Tough," which features bass player James McNew on vocals. Suddenly, the room temporarily morphed into a twee dance party of sorts - quite a change from the mood cast by the previous four songs.

To account for the dramatic change of pace, Kaplan addressed the audience. "Apparently one of the thrills of bowling is hearing the sound of the ball hitting the pins - that solid crunch. So people have asked that we play a little quieter... so we have to bring it way down," he explained.

Though the grounds of the request were pretty ridiculous, it did seem to improve the sound quality. And the sudden noise downgrade certainly didn't stop the band from concluding the first part of their set with a LONG, rocking instrumental interlude that had Kaplan absolutely pouring with sweat. Though encores are somewhat rare during CMJ, I guess it should come as no surprise that in this case, there would be an exception. The band came back on stage for three more songs, finishing with "Yellow Sarong."

When Yo La Tengo had finished playing, I decided to head over to Glasslands to check out Dent May (you know, for a change of pace), but when I arrived and found that they were over an hour behind schedule, I decided to call it a night and set out for the unkind G train. It was just night one, after all. The week was just getting started.

More pictures from the Yo La Tengo show are HERE. More of Oh Land (with an older video) and the line outside Brooklyn Bowl before Yo La Tengo, below... 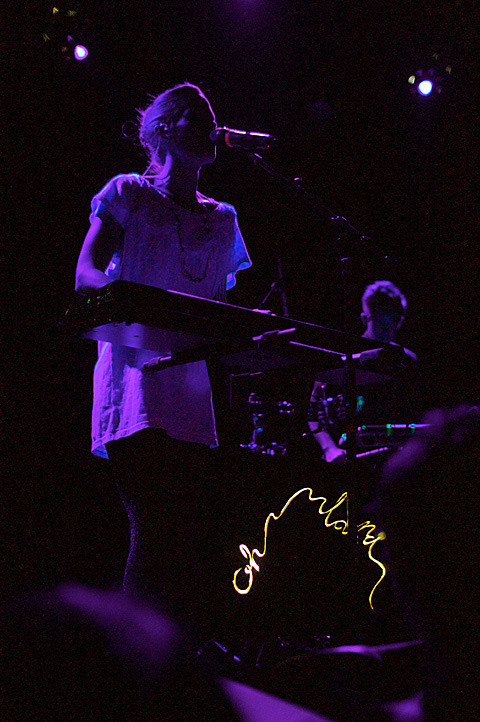 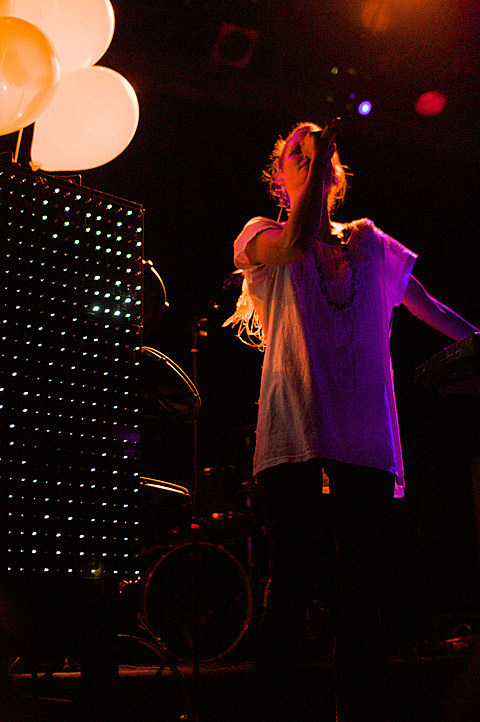 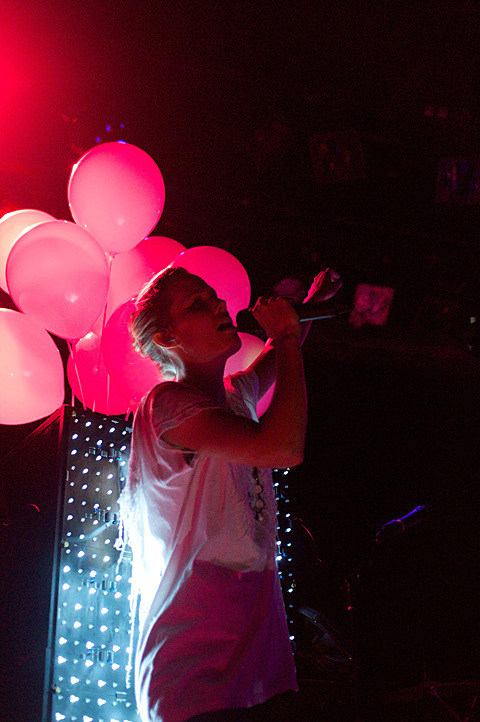 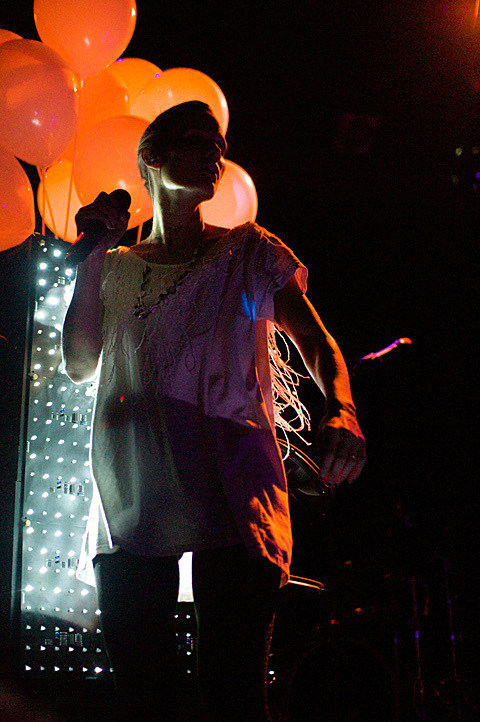 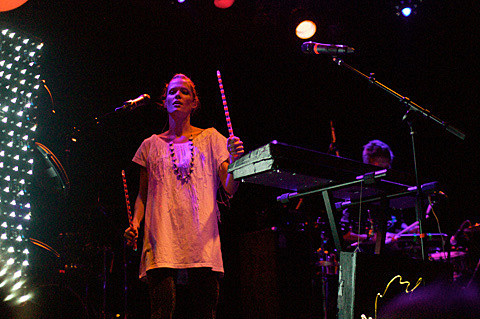 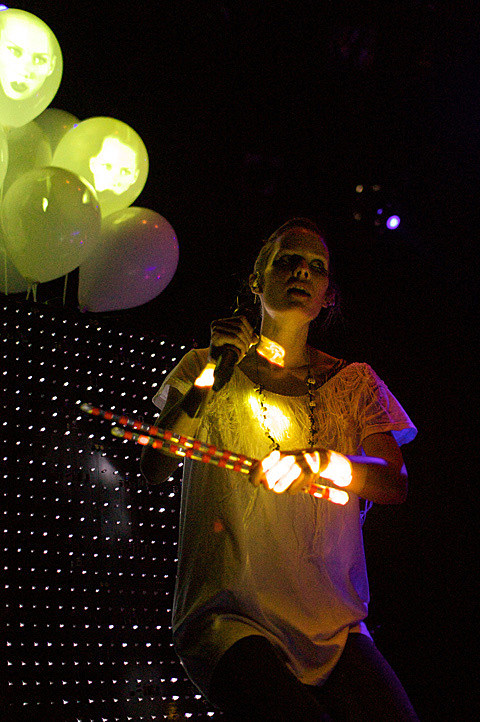 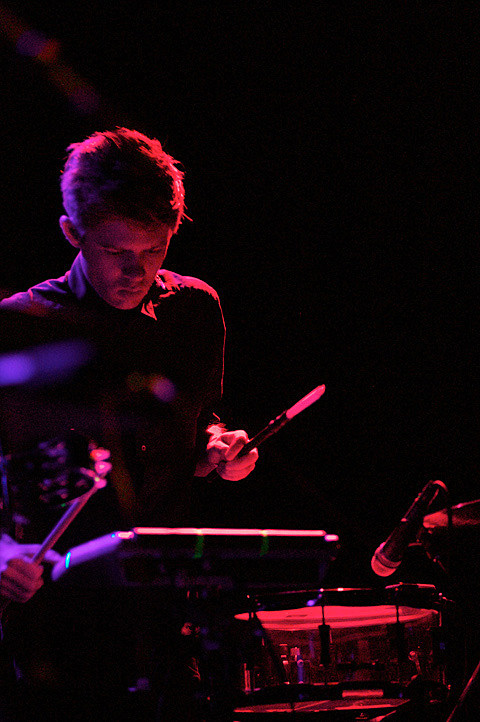 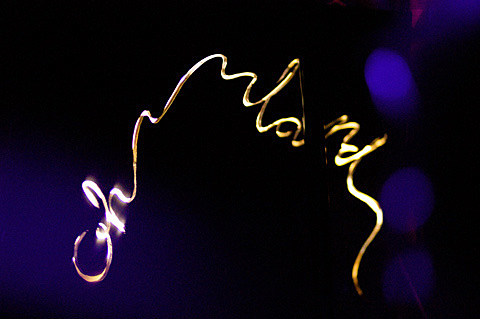 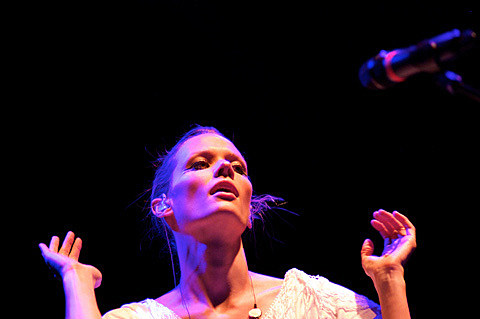 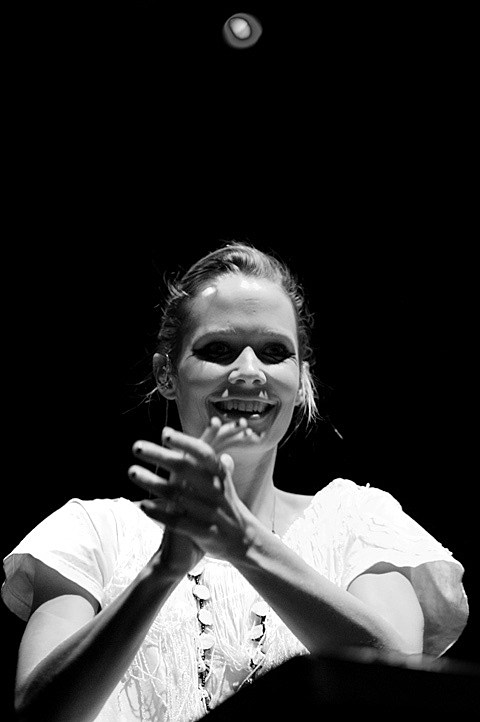 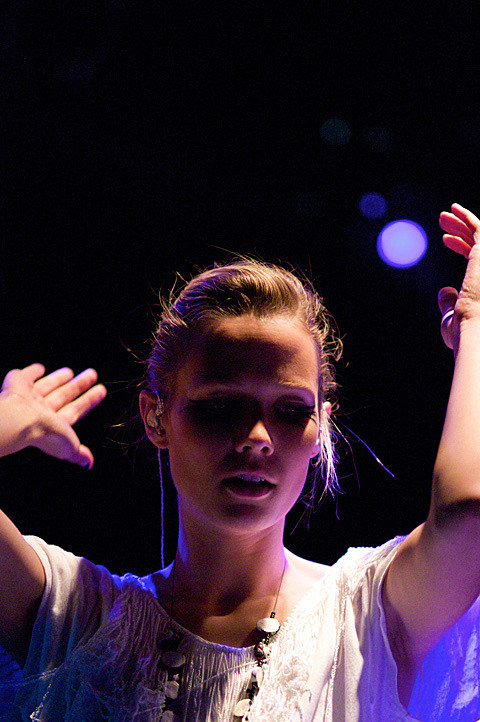 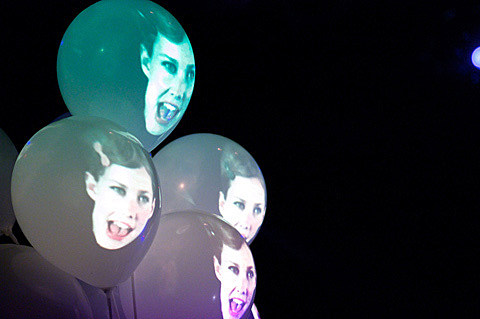 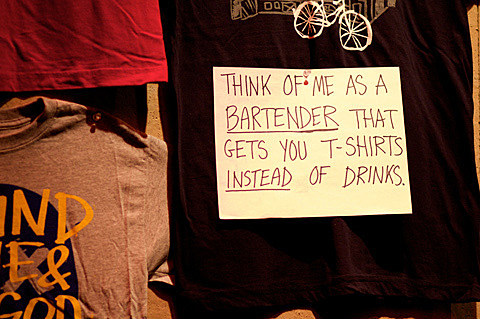 The line outside of Yo La Tengo 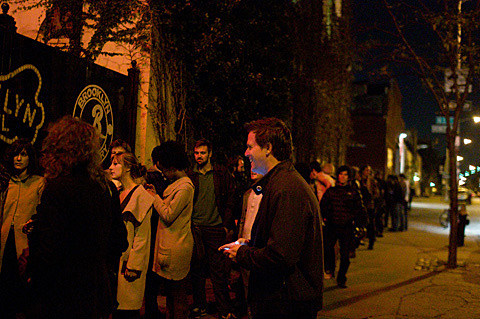 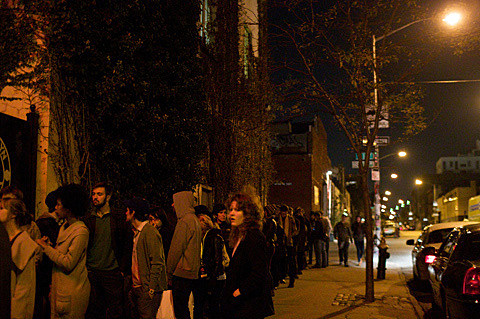 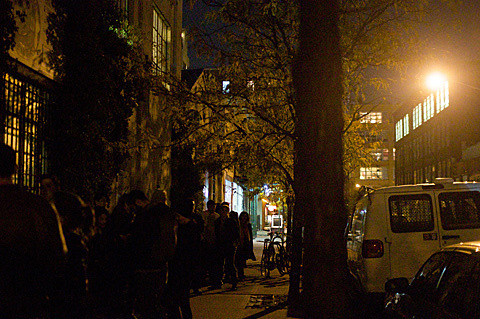