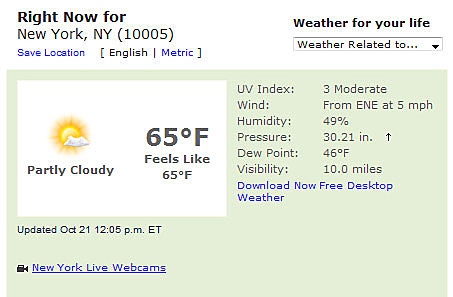 "I first saw The Antlers along with a crowd of about 45 people at the Black Cat in Washington DC back in March of 2009. Peter Silberman leads a fiery, potent trio. You can hear that concert and see some videos of the show on our Web site. Last night, at the The Music Hall of Williamsburg, they hit a peak only hinted at back in March.

Sometimes it's worth a band's time to work and rework its material instead of going on to new tunes. That was the case with The Antlers. They're diving deep into their songs, amping up the textures and working on their trademark love of a good crescendo. Peter Silberman, Michael Lerner, and Darby Cicci were simply thrilling." [Bob Boilen for NPR]

Thanks everyone who came to the BrooklynVegan showcase at Music Hall last night. More coverage of that show coming soon. Catch the Antlers again today at 6pm at Sound Fix Records.

It took till October to do it, but NYC finally has a multi-day fest with nice weather!

This afternoon, Andrew W.K. is giving the featured talk for CMJ at NYU's Kimmel Center (4th Floor, Eisner & Lubin Auditorium, 60 Washington Sq South) at 2pm. You'll need a badge to get in. The Village Voice has a "guide" to CMJ panels.

Bill already ran down the highlights of the day parties this afternoon. A slightly bigger list is below...

(Note: some of these are invite- or RSVP-only, so check ahead.)