I wanted to go to the Clap Your Hands Say Yeah appearance on KCRW (listening right now...wish I went), catch the Patti Smith performance (Bob Dylan thing at Lincoln Center), see the Hold Steady at day stage, attend a panel about blogs, etc... Instead I did nothing during the day for the third day in a row.

It all started at Tribeca Rock Club at 5 PM with the Loose Record / Woxy show featuring Voxtrot, Chin Up Chin Up, and Dios Malos. 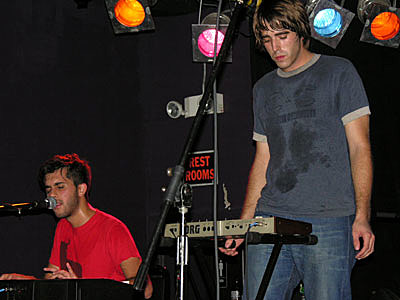 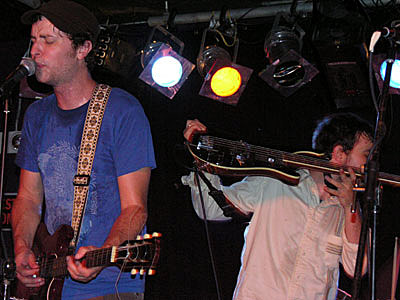 After the first two bands played, I asked them if they wouldn't mind posing for a picture. 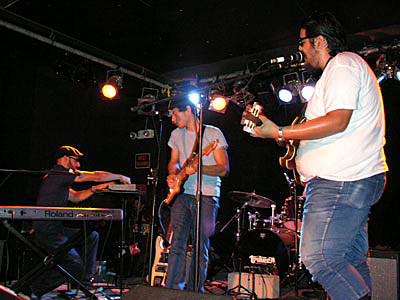 The Cribs also played the Tribeca show, but I had to be at Tonic by 8:30 for the return of Magneta Lane. 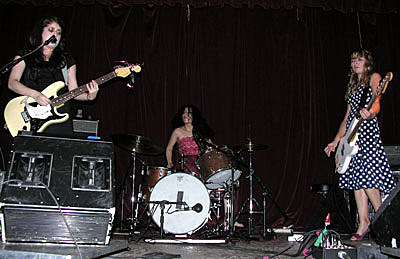 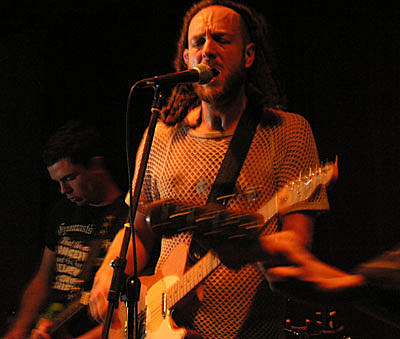 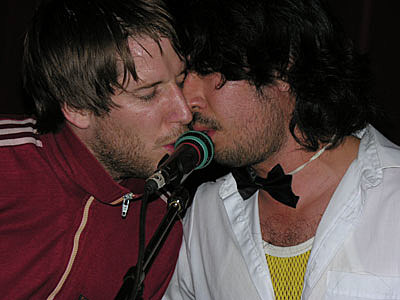 While trying to figure out what to do next, I walked by Mercury Lounge. Clap Your Hands Say Yeah weren't even going on for a few hours... 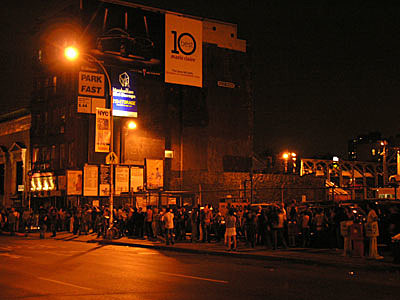 (line to the corner in both directions) 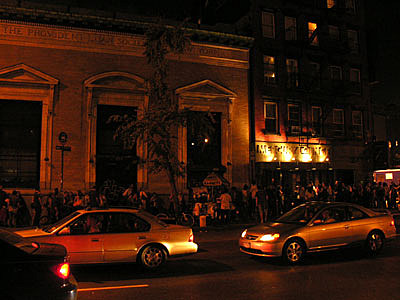 I like Secretly Canadian so I stopped by their showcase at Scenic (where I now see I missed a J Mascis side project earlier in the day). I saw this guy who sits on the floor and does lots of weird stuff open for TV on the Radio once. There he was again. Now I'll remember that his name is Ty Braxton. He was just finishing his set. Though I wanted to see Wilderness who were coming on later, I wasn't in the mood to try out Big Bear who were coming on next. 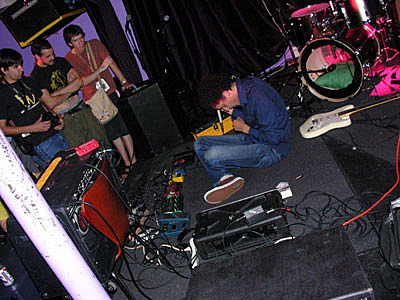 Then I realized a bunch of bands I wanted to see were playing the Kill Rock Stars showcase at Knitting Factory, and I made it there in time to catch a bit of The Robot Ate Me in the basement before the venue forced him off stage. (He said he was playing a house party somewhere in Brooklyn on Saturday for those who wanted more though.)

THE ROBOT ATE ME @ KNITTING FACTORY 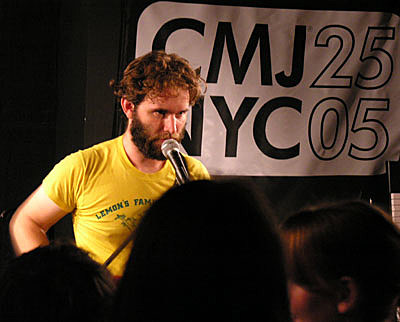 Next I saw the Gossip for the first time (on the main stage). I'm sorry I waited so long. They were awesome - like awesome-awesome. 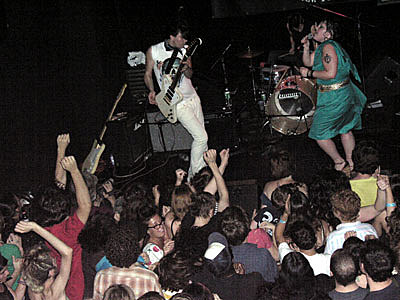 Listen to the Gossip at Myspace. 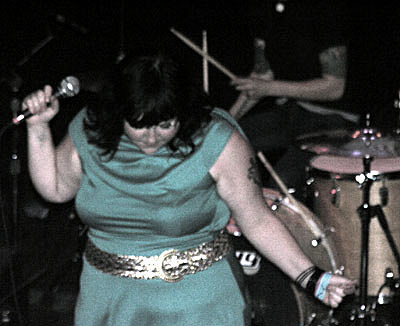 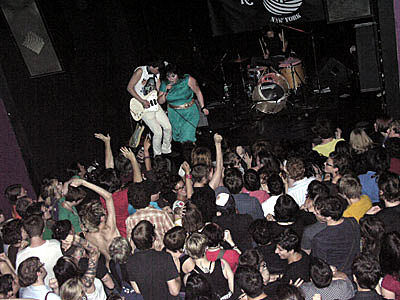 After such a great performance, I couldn't I couldn't justify staying out any later for a (supposed) 2 AM Lady Sovereign show at Bowery Ballroom. Turns out I made the right choice... Bowery wouldn't let the under-21 performer in the venue!