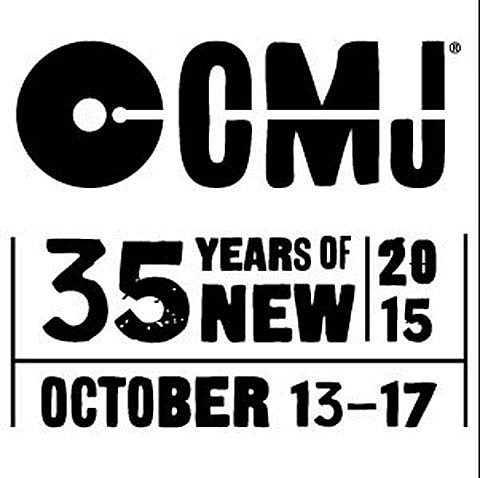 CMJ is less than a month away and the fest have just released the schedule, which you can peruse by time or venue. There's also a free mobile app that can be downloaded via iTunes or Google Play. A few new additions to the 2015 lineup have been announced. Empress Of, who just played Music Hall of Williamsburg and Pop Montreal, has been added to the Glass Animals show at Terminal 5 on October 15 (tickets). Other newly-added artists include Jessica Lee Mayfield, Kaitlyn, LACED, Oberhofer, PC Worship, Wet, and the sold-out Dungen/Quilt show at Baby's (which we figured was a CMJ show already). CMJ is selling showpasses ($149) again this year, which is like a badge but you don't have access to the industry side of the festival. Like badges, entry into official shows is based on capacity.

Speaking of Baby's, they'll be serving late night breakfast during CMJ from Tuesday (10/13) through Saturday (10/17). Details are still TBA. BrooklynVegan will be spending a lot of time at Baby's during CMJ with an official showcase on Wednesday and free day parties on Friday and Saturday.

Rough Trade, meanwhile, has been designated as the "official Brooklyn hang spot" for CMJ and you can get 10% off select merch with your badge.