I'm finding it extremely difficult to work, sleep, and blog during CMJ, so I probably won't have a lot of posts this week. I have a ton of pictures to post, so consider this a preview of what's to come.

Tuesday night was the pre-CMJ Syndicate Party at Downtime. It was sponsored by Cartoon Network and Revolver magazine. That means there were lots of cartoons playing, posters of cartoons, and free Revolver magazines. The lineup included Gratitude, The Features, MC Lars, and Murder by Death. I wanted to see The Features and Gratitude. Luckily they were the first two to play. 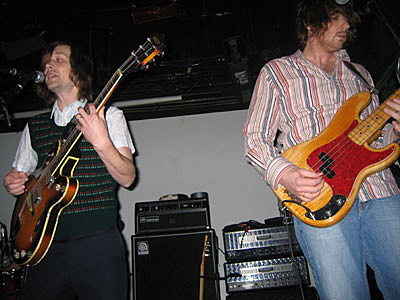 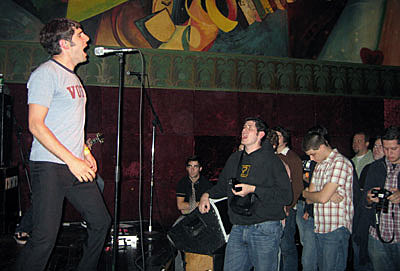 Wednesday I spent part of the day in KEXP's studio. I caught Sufjan Stevens, The Decemberists, and the tail-end of Ted Leo. 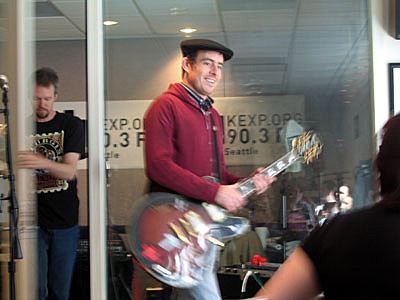 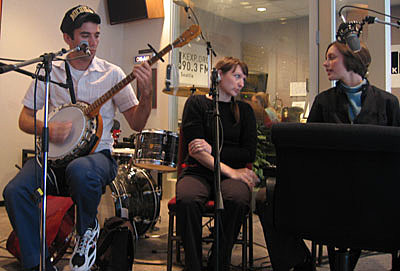 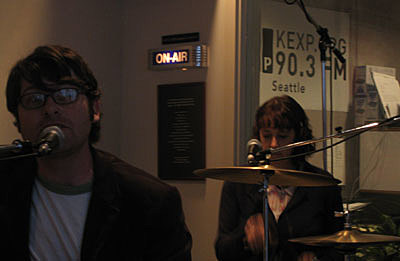 Yes I do work. So it was back to work after KEXP, and then to CBGBs at 9 to catch Magneta Lane. Magneta Lane was playing in CBs downstairs at 9 (actually almost 10), and Gratitude was playing CBGB upstairs at 11:45 (actually about 12). Arcade Fire played at Mercury Lounge at 1:00 (actually 1:30?). Thanks to fairly short sets by all involved, the timing couldn't of been more perfect. 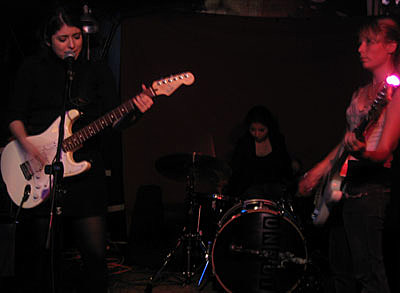 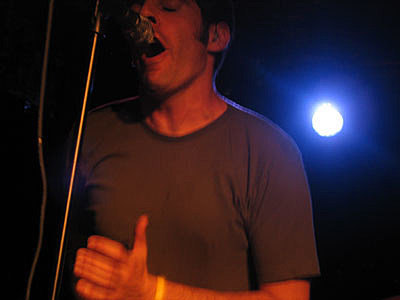 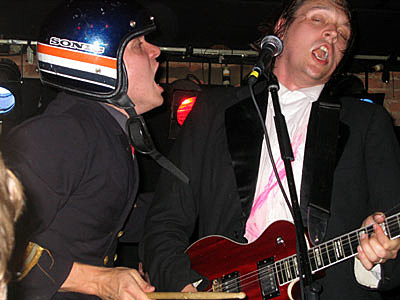 It was one of the most amazing musical days I've ever had, but I'm deaf and exhausted, so I'm going to skip all daytime events today. For those looking for something to do this afternoon, you have your choice:

1) The Raveonettes are playing at the Delancey (3 pm)