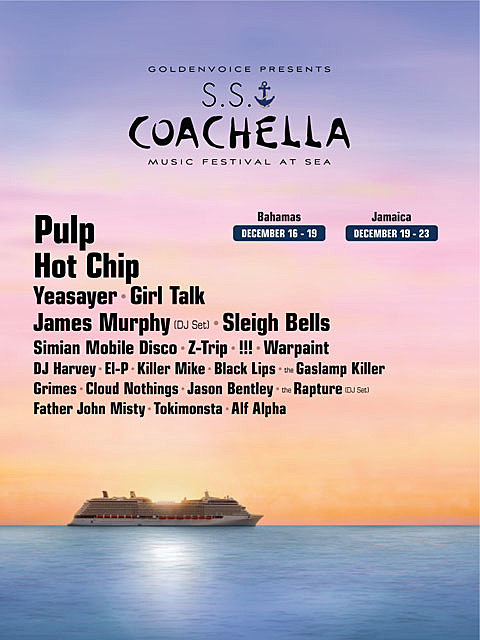 Concert cruises are all the rage lately, and this is in fact real.

Indio, CA music festival Coachella continues for two weekends in April, 2013. But just because they've decided to keep the fest in Indio, doesn't mean they can't take it on a couple of cruises as well. As seen in the picture above, S.S. Coachella will set set sail off of the Bahamas from December 16-19 and off of Jamaica from December 19-23. The lineup (thus far at least) includes Pulp, Hot Chip, Yeasayer, James Murphy (DJ set), Grimes, Cloud Nothings, Killer Mike, El-P, Sleigh Bells, Father John Misty, and more.

Holy Ship sails in January too.